Erranding to Raymond Hardware in Port Sanilac this morning in order to fix three very old wind chimes that had major damage to the support strings and the wooden parts. The roads are still under repair so getting through downtown (sic) Port Sanilac was problematic.On the way back the perennial couple had a stand up to sell poppies, balloon flowers, mums, ferns, dahlias, black eyed susans, double flowered rudbeckia, trumpet vines, double pink flowering almonds, etc. Of course I had to stop and buy and later plant my prizes. 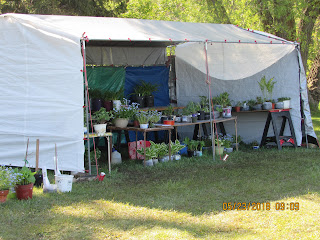 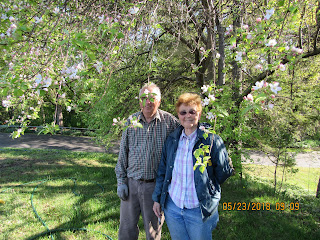 The bluebirds are finally back and fighting with the early-arriving tree swallows for nesting boxes. 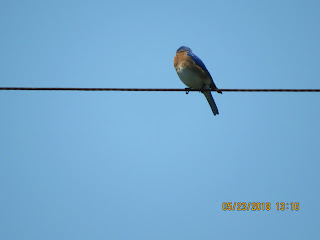 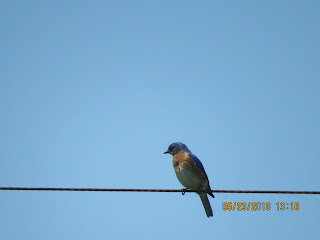 After mowing the grass the kingbirds were having a field day (!!) picking off insects disturbed by the mower. 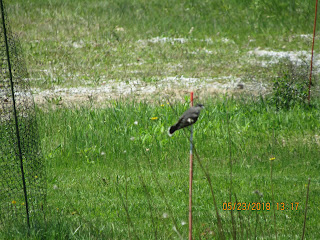 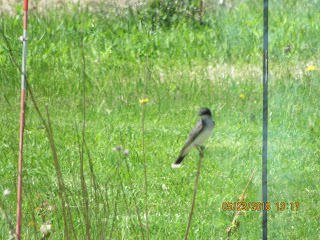 Mowing the front yard is messy and many leaves of grass end up in the pond. While I was netting them off the surface I kept hearing a strange noise coming from overhead. Looking up I saw this bald eagle perched in one of my cottonwoods near the bluff and the gully. Two others were buzzing her(?) and all were making eagle noises. She, the Icelandic Sheepdogs, and I watched the acrobatics for a good fifteen minutes. I couldn't help but wonder if Kit and Kria were "attackable". 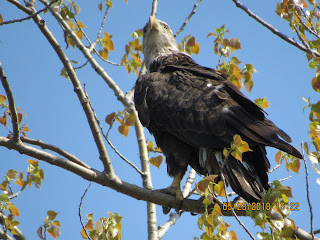 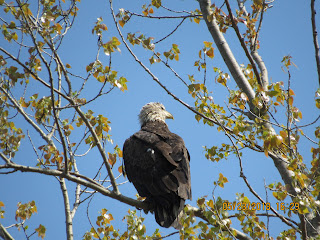