When I found a dead female Baltimore Oriole this recent spring I was concerned that my male had lost his mate and wouldn't be able to find another even though he had established his territory. I just saw a few immature Orioles so he won the heart of another female and they raised their brood. It's not a great photo - except for me. Every so often I see my male on the Oriole feeding tube. Clicking on photos enlarges them. 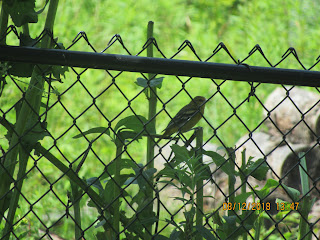 I first saw Ironweed (Vernonia) at Fritatta several years ago and was fascinated by their large size, close to five feet, and their brilliant purple flowers. I have several in my wildflower garden near the bluff. The showy flowers are magnets for butterflies, bees, and hummingbirds. The color is very close to the color of Michaelmas daisies, happy precursors to autumn, that come later in September. 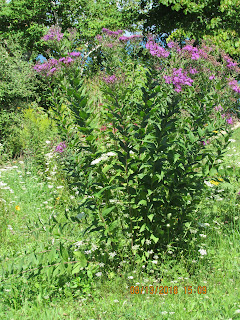 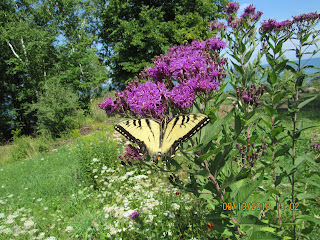 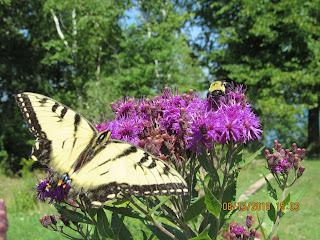 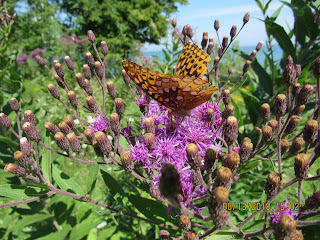 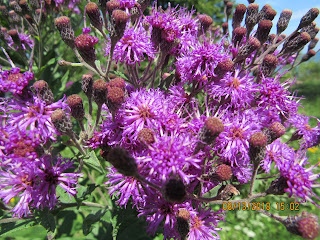 This bunch of Queen Anne's Lace proves that even simple and common wildflowers can be beautiful. I noticed several somewhat smaller wildflowers in their midst with buds but as yet unopened flowers. I can't wait to see whet they look like and what they are. Perhaps they'll be yellow-ish? 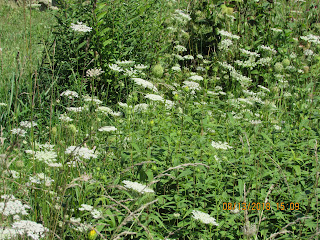 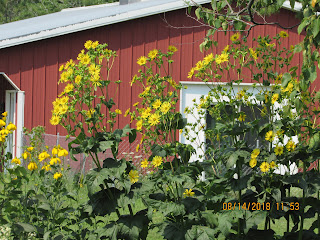 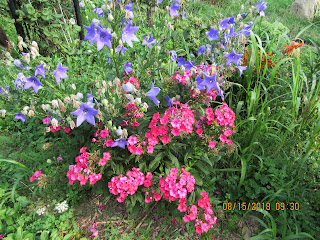 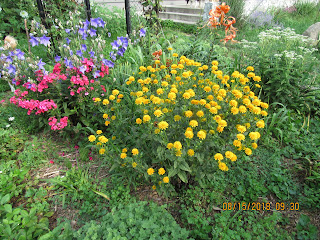 I have my late summer wild Clematis virginiana in two spots, one in my back garden and other other in my front garden; fortunately the conditions are not equal so when one grouping is finished flowering, the second grouping starts. This front garden Clematis has a nice Helenium in its midst. 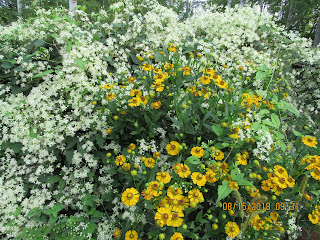 And this nearby one has blue chicory, phlox, and a dandelion look-alike penetrating its white blanket of blooms. David and Carolyn tell me theirs, imported from Rolling Hills via Royal Oak, climbs up the sides of their deck engulfing the edges with flowers at this time of the summer. 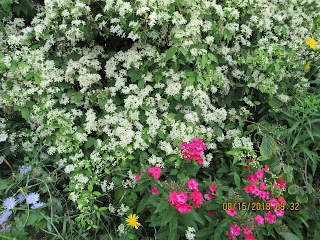 It's Saturday so after talking with my older brother this morning, I went to the Farmers' Market in Port Austin. Along the way I saw three clumps of wild Clematis virginiana. I would like to know if any were female plants. However, even if they are, I do not want one! My Clematis has a faintly pleasant odor and, because they are all male plants, they never set seeds so they don't need to be de-budded. 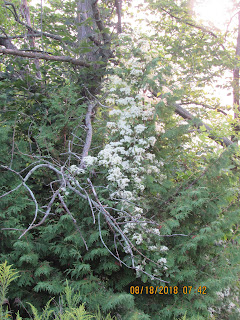 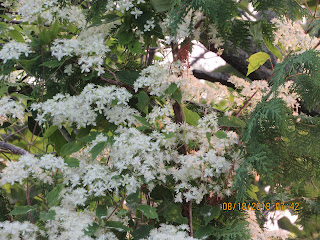