On scenic Lakeshore Drive, aka M-25, I've found several "quilt patterns" on barns, houses, mailboxes in Huron and Sanilac Counties here in Michigan's Thumb. They're also found, but not as easily, back on both paved and dirt roads if you wander through the beautiful countryside.

Here are two I found today. I don't actually go looking for them, rather they are hidden treasures that pop up and surprise curious travelers. 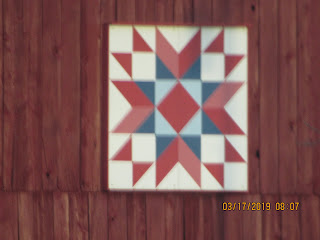 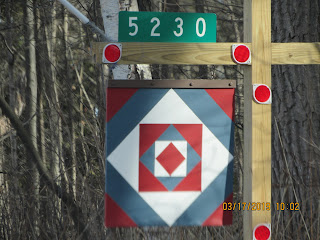 Back home I saw my first Robin (Turdus migratorius)
which is reputed a probable sign of spring. 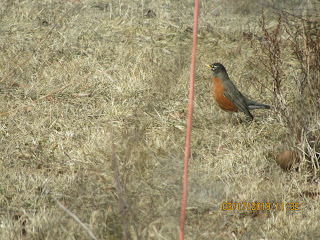 However several red-wing blackbirds arrived last week - a more sure portent of spring, imo. Their calls are a welcome sound when they first arrive. (Not so much later on in the early summer.) I've never quite understood their common name. Their wings are not red, are they? And the epaulets are red AND yellow. They can hide the stripes or display them depending on whether they are attracting a mate, competing with males, or just feeding. 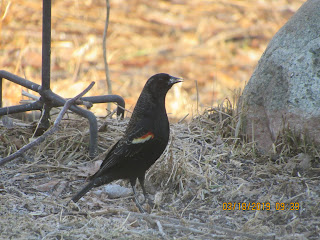 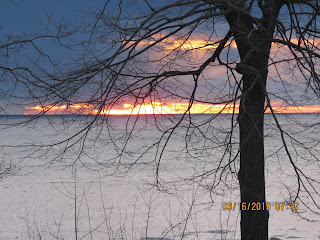 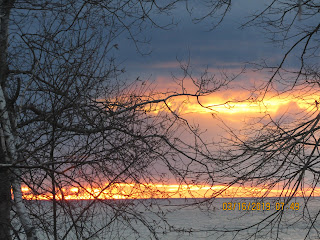 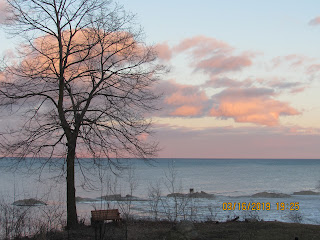 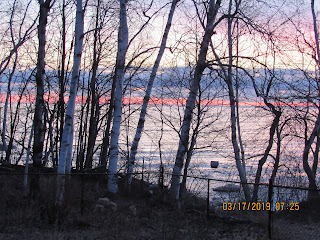 It's sill very cold outside but at least it's sunny and the wind is virtually non-existent now so it looks and feels a bit like spring. The ice appears to be rapidly retreating although that can change overnight depending on how the wind blows. Much of the ice actually gets trapped by the currents and flows south towards Port Huron, Lake St. Clair, the Detroit River, Detroit, Lake Erie, Niagara Falls, Lake Ontario, and eventually the Atlantic Ocean but, of course, most of the ice melts before it travels that far. 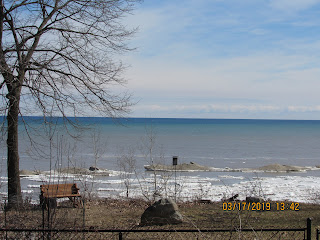 Although the ground here is still frozen solid, spots of winter color hypnotizes me and makes me feel like it's spring. Moss, hidden all winter under the snow, stays green all winter . A stray viburnum berry overlooked by migrating cedar waxwings brings a spot, albeit it a small, one of color. 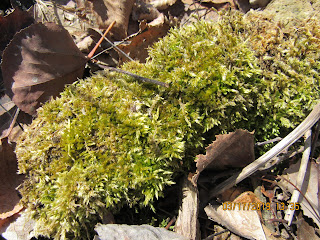 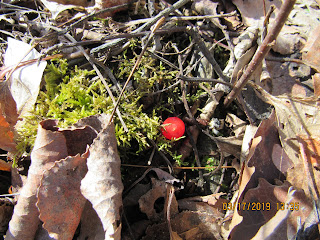 This is a Helleborus species that is easy to grow and care for. Most are not. The red of the petioles and veins is a nice late winter contrast. The green lily of the valley shaped flowers are not spectacular but they are interesting and early and the plants do seed themselves, a real plus, imo. I love plants that produce volunteers and are hardy. 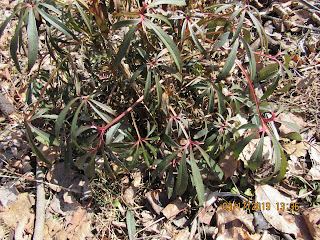 Witchhazel, one of my favorite winter flowers, is almost open in this somewhat out of focus shot. 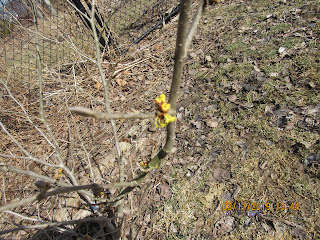 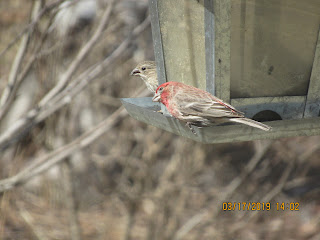 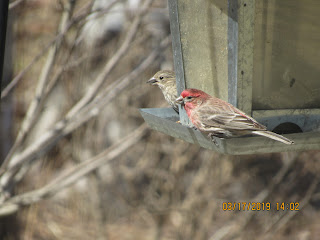 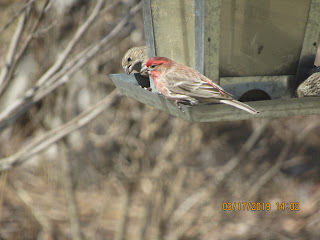 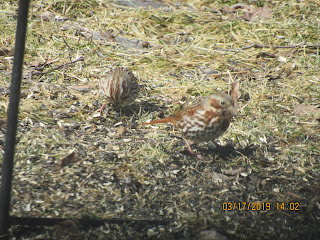 I realize this flower does not belong with the outside stuff but I couldn't resist taking a photo of a new Clivia bouquet of blooms. 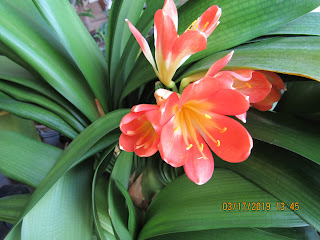 A few years ago I had a large blue-ish Agapanthus which flowered. The plant was huge and it didn't survive but it did flower and when it flowered I also had a Clivia flowering. I transferred pollen from the Clivia anthers onto the stigmas of several Agapanthus flowers. I kind of knew that they were not closely related enough for the cross to work. But it did. Work, that is.  The seed pods swelled, I harvested the large seeds, and planted them. They grew faster than Clivias do. I waited a few years but then last summer because I was running out of space in my wee huse, I planted the resulting seedlings out into my yard. I was not going to bring them back in in the fall - they are tropical plants and would not have survived the winter but I needed the space.  However, one of the larger seedlings produced several lovely cream colored Clivia like flowers so all the plantlets are now once again potted and living inside. They are available for adoption. PLEASE! They need loving, patient families. Both parents are very long lived so I'm sure their offspring will live very long lives also. I suspect because they are hybrids that they will be easy to care for. 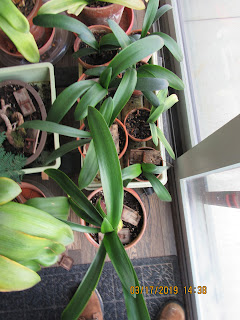