This morning Lake Huron was exceptionally quiet with almost a mirror smooth surface. 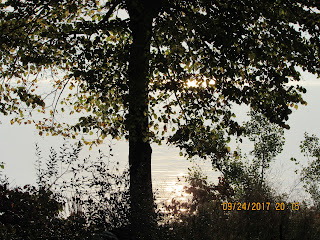 Summer sunrises are so far north of me and behind my north forest that I miss them even though I'm up. The sun is now rising further south so I can appreciate their beauty. 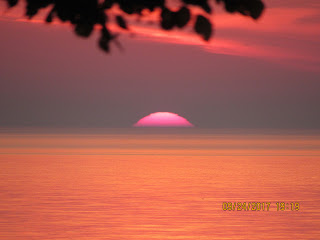 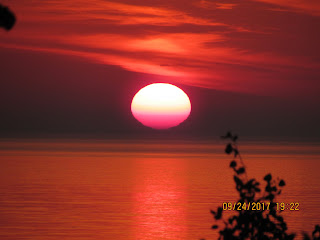 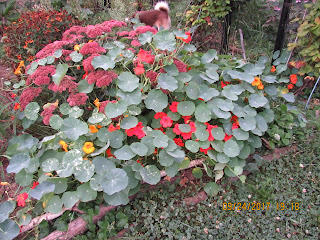 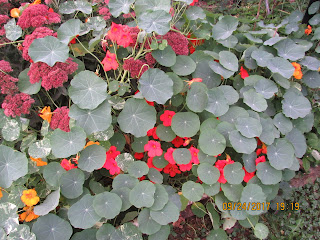 I've never had success with Nasturtiums before. This summer they's taken over a corner of my garden and I love them, they are amazing and tropical looking - but they are quite invasive so maybe not again? Clicking on photos enlarges them.


You know that I love Colchicums and have several varieties. They are easy and make a spectacular autumn statement when their flowers come up from the ground almost like amaryllis - without the leaves. The leaves are produced in the spring and early summer and make the food that nourishes the flowers that make a last show before winter. There are several species and varieties that start the show mid-September and last through November. 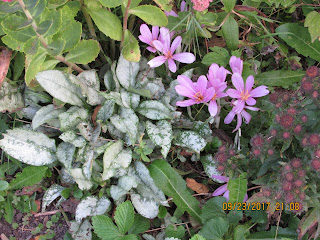 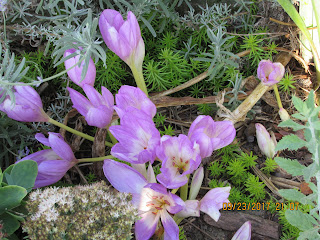 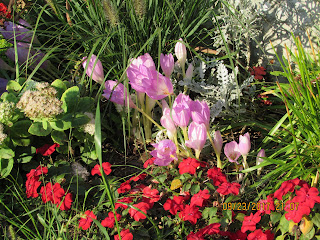 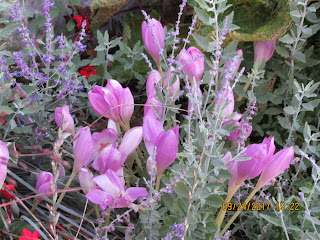 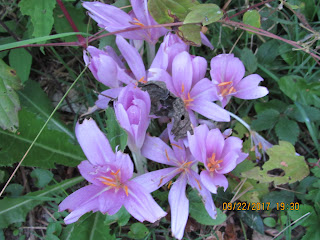 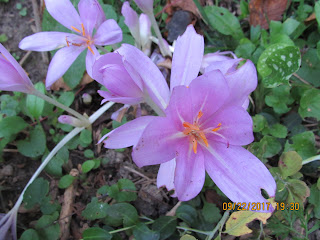 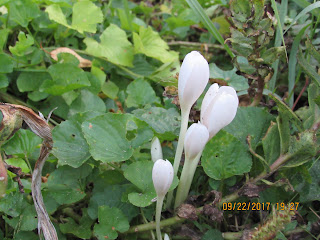 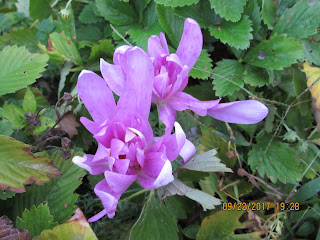 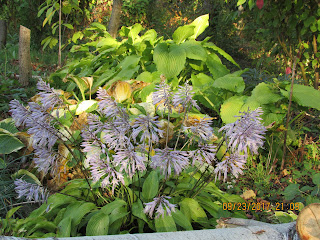 One of my species Hosta 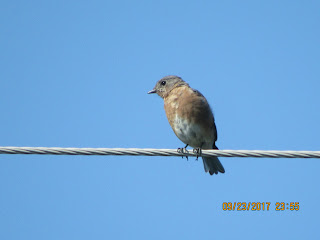 Bluebirds have started their fall migration. 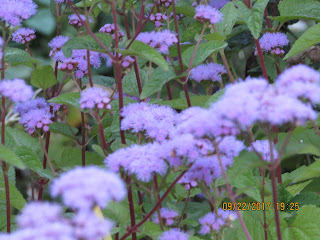 Usually I cannot take good photos of Eupatorium coelestinum but this one turned out rather nice. Often the blue ends up looking almost white. Common name - perennial ageratum - to which it is not related. 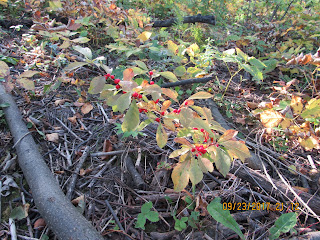 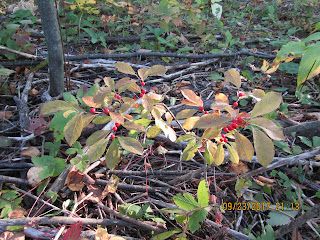 This was the first year my Michigan Hollies produced red berries. Although they are true hollies, they are deciduous and lose their leaves in the fall leaving the red berries showing on their stems. These are still very small plants. Sexes are separate so it's necessary to plant male and female plants if you want berries which the females produce. I have two male plants and maybe five females. 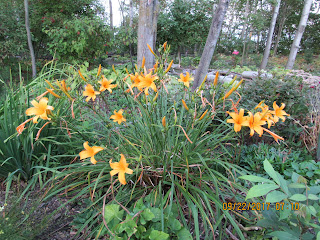 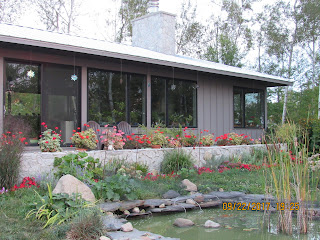 Autumn View of the House 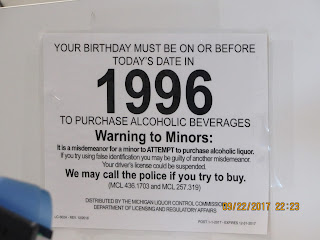 I went to Port Huron this past weekend and while there stopped in to get my flu shot. Waiting I noticed this sign which made me feel very old. Speaking of which, my much older brother is arriving today from Rhode Island; I'll be leaving in a few minutes to pick him up at Detroit's Metro Airport. Carolyn and David visited two years ago and, although we talk several times a week, it 's not the same as being together. I'm very sorry Carolyn is unable to come this time.
Posted by Jaime Hansen at 6:57 AM