My Icelandic Sheepdogs love company and were in their seventh heaven last week because my brother came for a visit, the first in two years. David and I explored all the delights of Michigan's Thumb for a week. From Port Huron through Lakeport, Lexington, Croswell, Port Sanilac, Carsonville, Forester, Deckerville,  Palms, Forestville, Port Hope, Bad Axe, and Port Austin we traveled and ate our way through the landscape. He loves fish so, except for the first night when we had steaks, I think he had fish for every dinner: - Uri's, Stone Lodge, Peppermill, Mary's, Bob and Jamie's, Al's - all the usual down-home spots. Life returned to my "normal" after he left on Sunday.  Clicking on photos enlarges them.

The Icies miss him; quiet has returned. 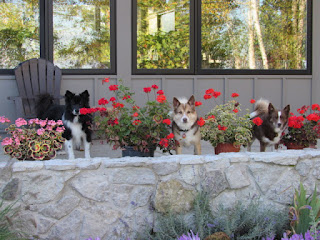 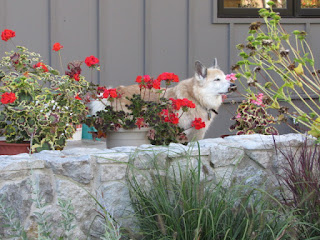 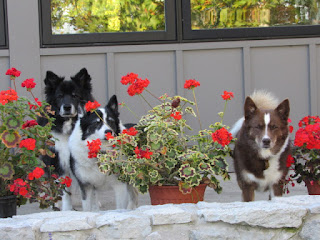 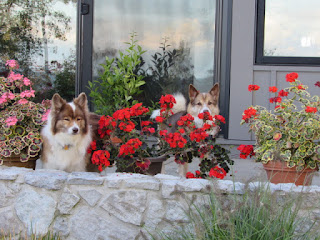 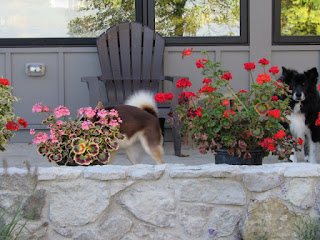 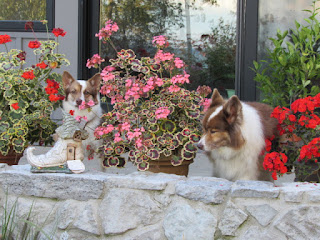 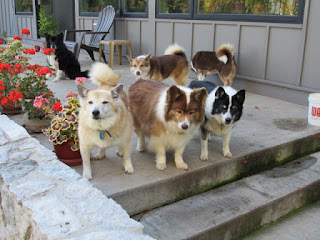 It's time to bring the heirloom geraniums into the garage for the winter; I resist but I know they do better when I take them in before it gets too cold. I had a very bad infestation of green scum on the pond for the first time ever this summer. I've heard that it's another alien invader from maybe Europe? Cooler weather and shorter days have decreased the population. I very reluctantly tried some chemicals but they did little to get rid of the algae which apparently releases toxins into the water. Some fish died but the frogs were unaffected.
Posted by Jaime Hansen at 6:08 AM