The harbingers of spring the witch-hazels have started to bloom. I wonder why they aren't planted more often. Friends back in the Detroit metro area told me theirs were blooming only a few days earlier than mine. The weather here is only slightly different from back in Royal Oak; same growing zone I think. Clicking on photos enlarges them. 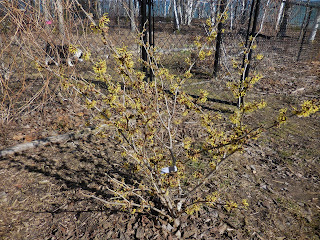 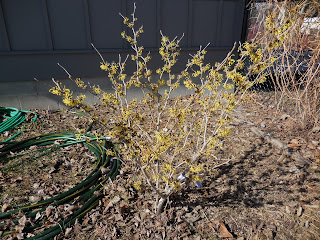 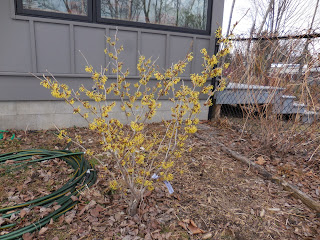 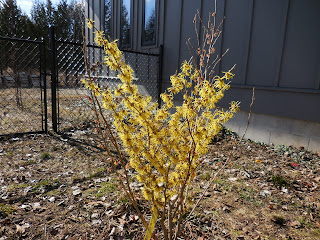 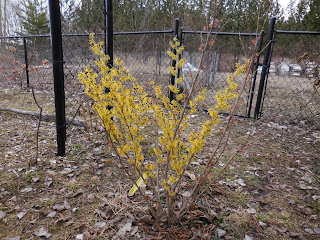 Jon and Tracy, linked to phones below, visited last weekend and brought some spring-like weather with them. Jon and I worked on clearing out some of the Russian olives (aka autumn olives) on Sunday. They are an alien and were originally imported to act as soil stabilizers and pioneers species on farmland or pastures returning to uncultivated land. Unfortunately, in my opinion, they are junk bushes. Like all too many alien species, they spread too easily and, when disturbed by humans or animals, start to grow very nasty long thorns. Also annoying are the alien white rose bushes with become huge bushes with nasty thorns along their arching branches. They get cut down also wherever they come up. The white pines, Austrian pines, and several kinds of spruce trees are need in pruning so we started on their lower branches. It will be a long vocation.

We had, as always, great conversation, great food, and a great time. There was another amazing bonfire on the beach and we were able to walk on ice out to my two mini-islands. (Today they are both surrounded by water; the ice is gone, at least for now.) 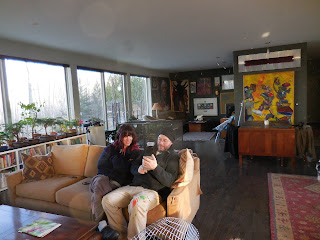 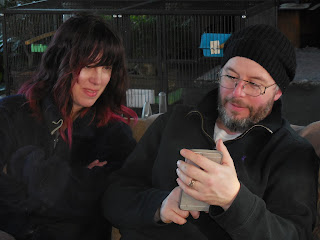 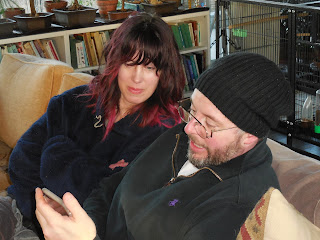 For several days about two dozen swans have lingered on my beach, lazily floated in the water, and flown over on the way back to night time roosts. 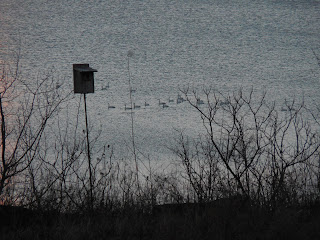 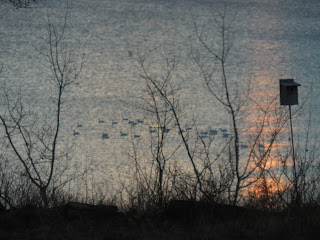 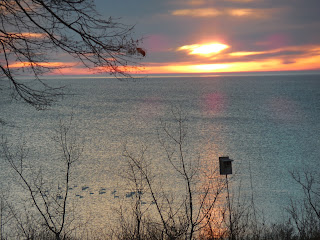 I love my sunrises. Here are several days worth looking east towards Canada - which cannot be seen because it's too far away so the earth's curve hides it. The good news is that the sunrises and sunsets are earlier and later; the days are much longer now. 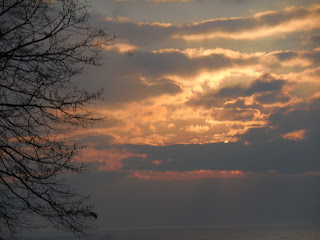 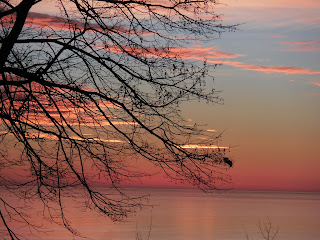 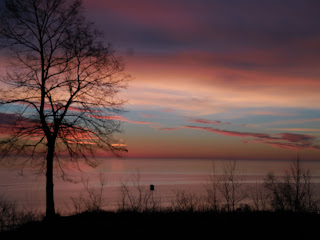 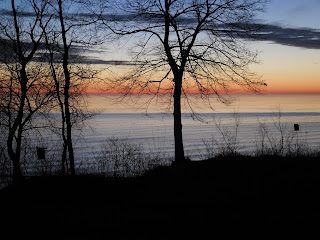 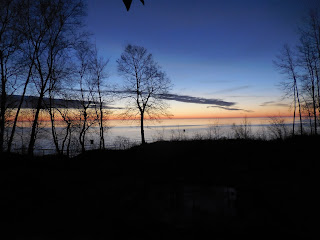 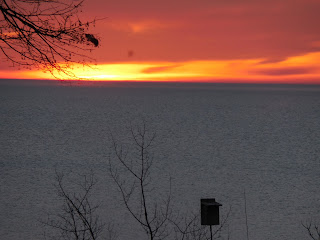 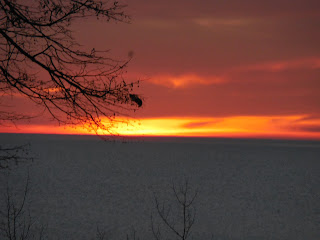 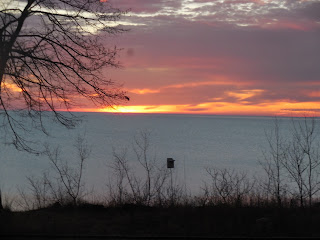 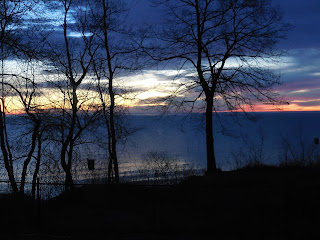 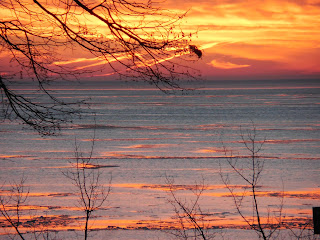 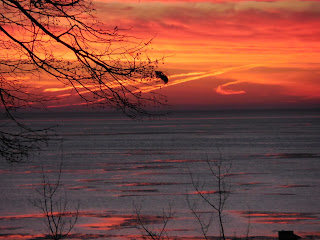 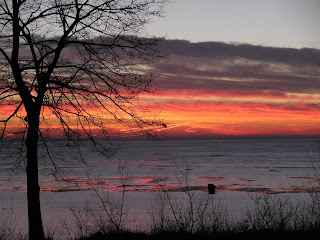 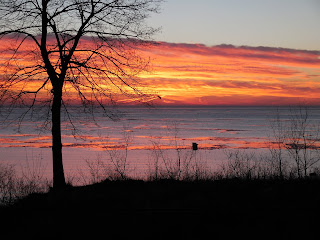 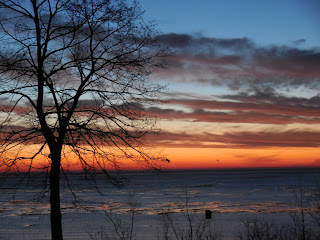 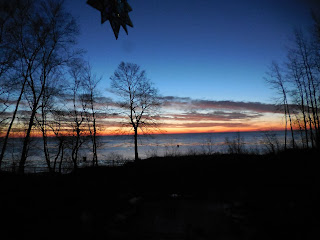 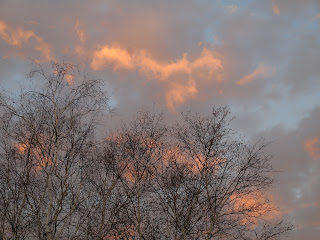 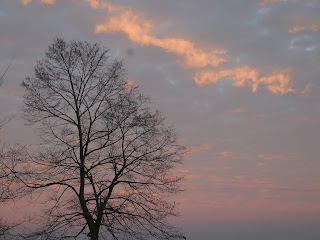 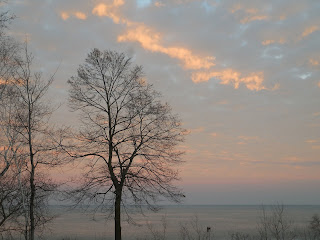