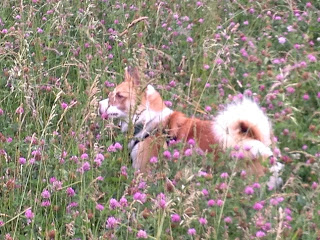 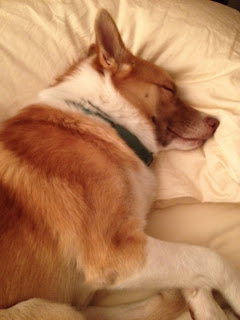 "This was written quite a while ago, but I never pressed send! Anyway I'm doing that now - - - - -
"Thank you for your rapid reply. Our long line is only 8 feet, our leash is 6. The extra two feet do seem to help in the field especially when I'm very slow on painful days. You are right about hands though, you need to be careful how you hold it especially if it's not leather, or cuts and burns are a risk. Gunnar is very fast and very strong. People tend not to believe me until they take the leash and experience it themselves. He loves to run but also "checks in" regularly. Even in a fenced back garden. 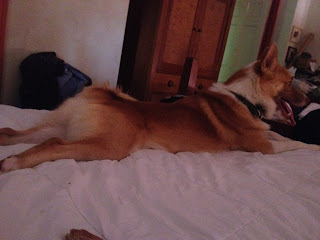 How a small dog takes over the bed! 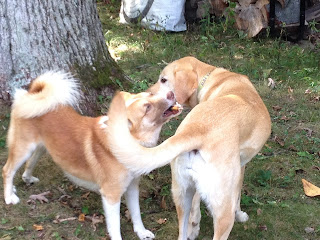 "Labs and retrievers seem to be really popular in our neighborhood. Gunnar enjoys playing with them. They really seem to enjoy him too. He loves to play with other dogs large and small and has quite a social network of his own. 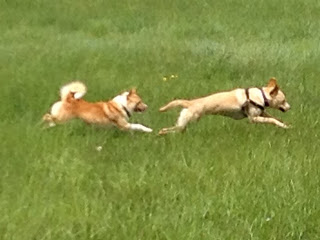 "As far as the barking, we know it's part of the breed and don't want or expect to silence him. We taught him to "speak" on command and then  "quiet". But squirrels continue to send him into a frenzy that he can't control. If it happens on an early morning walk under a neighbors open window....well it's a good thing Gunnar has such a nice personality and can win people over! Some fresh baked bread or cookies help too. 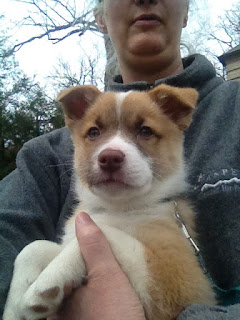 "Although Gunnar is very friendly he does seem to have a protective sense. I was walking him by myself one morning when I heard him growl in a tone that was NOT playful. I turned and saw a man, all in black, with a balaclava over his face. I assumed he was a jogger and apologized for my dog and said good morning. The man said nothing. Only later did I realize there were no paths where he appeared and then I heard reports of two other people attacked by a man dressed as a "ninja". I think Gunnar may have saved me that morning. He is usually so friendly with everyone I joked that he would just lick an intruder or attacker but maybe not.

"I won't get him a coat for winter. I know he's a cold weather breed but his coat just didn't seem that heavy this year. Of course it's been warm, our coolest day just a pleasant spring day in Iceland. If he needs more I'll trust him to grow it. 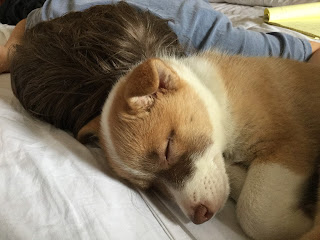 "We got him a thin round leather collar to just hold his tags. I thought that would disrupt his fur the least. Still we are seeing bald areas especially where the flat buckle sits. What sort of collar do you use?  I know many dogs only wear collars outside but I would like him to always have a ready ID as it were. Micro chips are great but only if you have a scanner. "