Yesterday I met, coincidentally, two friends at Mary's Diner. I seldom go to Mary's any more but I wanted to drop off a book for mailing at the Port Sanilac post office so I figured as long as I was in town, I may as well have breakfast. Had a very nice time with them; she left for work and he came back home for more talk and lunch. 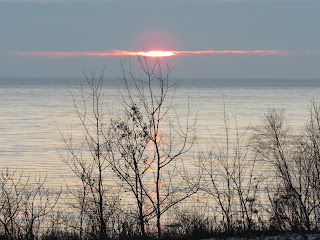 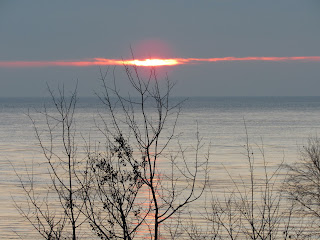 While we were having tea and talking, a red male cardinal flew into the window but stunned, still seemed to fly away after hitting the glass. A few minutes later we were both at the counter and saw a hawk, perhaps a peregrine falcon, fly away with the cardinal, leaving a red spot of blood on the white snow. 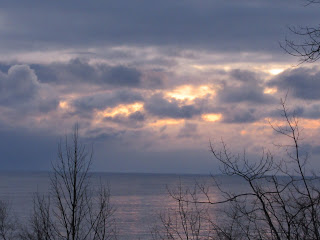 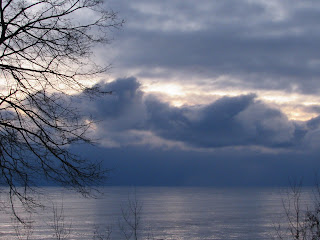 While I realize that's nature at work, it can still be upsetting. I have mentioned several times in former posts that I know I'm feeding small birds with niger seed, sunflower oilers, and suet and they in turn are feeding larger predatory birds. Experiencing that happen is different from seeing it happen. There are a lot of goldfinches and I wouldn't mind the hawks taking some of them. But here cardinals, especially the males, are less common - perhaps because the red coloring makes them easy targets.

The feeders this morning have been bird-less. I'm guessing they witnessed the hunt yesterday and have been more cautious today, at least this morning, because of the hunt. 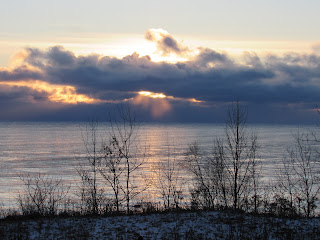 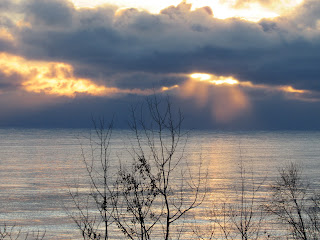 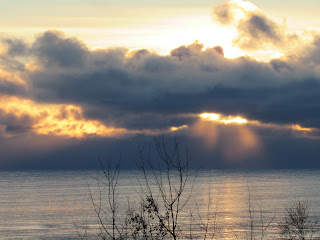 It was amazing to see the hawk/falcon speeding away with its prey. Graceful and fast.

Now I'm wondering if the falcon has been haunting the bird feeders and actually pushing the birds away from the feeder and into the windows. Normally when birds fly into the windows they are only stunned and after a few minutes recover and fly away. I always check on stunned birds and if they are breathing but not moving I rescue them and keep them in an old bird cage for from several minutes up to an hour, When they are recovered, I let them fly away. Perhaps the cardinal was only stunned and the falcon took advantage of it while it was recovering. Normally when I'm home, that would not happen. But if I've gone to town, stunned birds would be easy targets 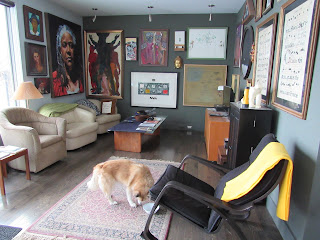 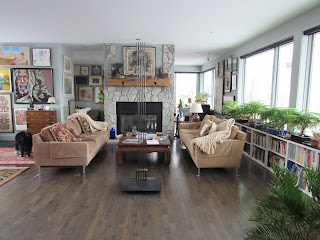 I did some spring cleaning today and moved some furniture around.
I know it's early but why not! 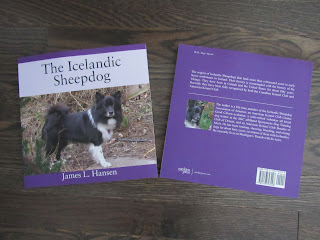