My Icelandic Sheepdog Bear loves the winter. I think it's his favorite time of the year. The flies and mosquitoes are gone and the cold cannot penetrate his double coated fur. He often sits like that for what would seem to me if I were in his place for hours. He is also fond of lying down on the snow for long periods of time. Clicking on photos will enlarge them. 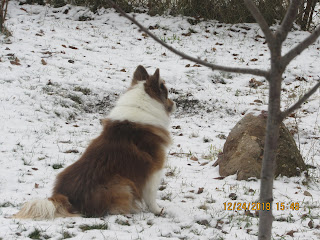 On Christmas Day 2018 the waters of Lake Huron turned red; actually the red was reflected like a mirror onto the lake from the red clouds above but the effect was the same perhaps. Regardless, very interesting and pretty 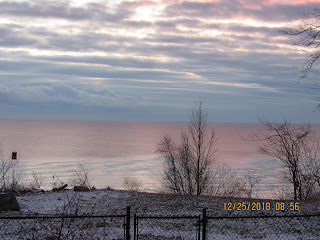 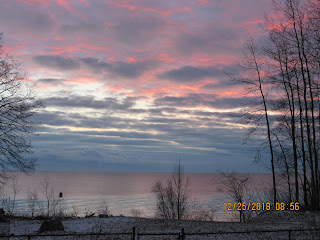 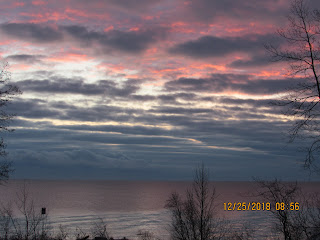 Kathy's Christmas present to me is too amazing to be outside in the weather in my opinion. It's actually a bird feeder the seeds, probably sunflower oilers, go inside and come out through the long bottom side openings. A corn cob can be inserted into the mouth. I'm thinking I might make the hole actually go through to the inside of the house, it doesn't now, and turn it into a bird house. Keeping the opening small would make it accessible to chickadees and house wrens but prevent English house sparrows, none of which I have ever seen here anyway, from using it. If I stain the wood and polyurethane it, it should last a long time. I'm thinking of hanging it under the eaves for additional protection and, if possible, taking it inside during the non-nesting seasons of fall and winter. 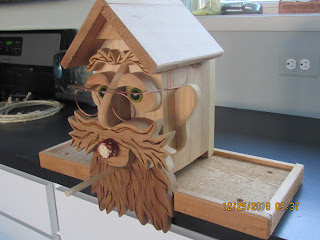 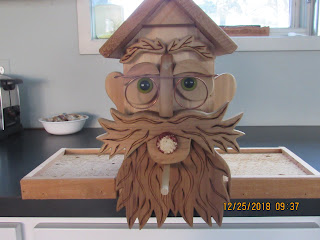 And speaking of  bird houses or homes, a woodpecker has started to make a hole about two feet above this nest box that was used by house wrens last summer. I haven't seen the builder yet but I hope he/she persists. We've always had woodpeckers and chickadees build homes in the many dead trees here but we've never had one just outside my door that would be this easy to watch from my own home. I have Hairy Woodpeckers and Red Headed Woodpeckers at my suet feeders and the hole is rather large so maybe one of them is showing interest. 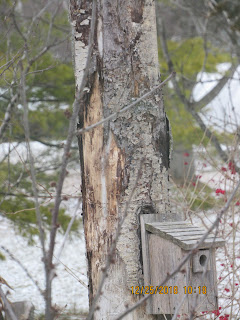 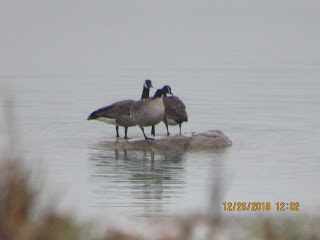 I think two flocks of turkeys have merged to form a much larger group. They are very suspicious of any human so I suspect hunters have tried to shoot a few from another group which has moved into my acreage. The males seem to be coloring up. 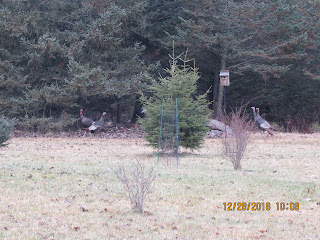 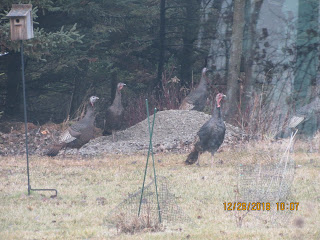 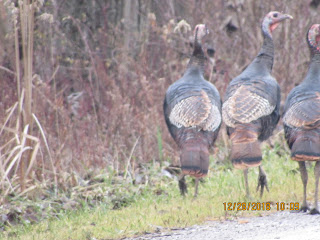 This tug was pulling a strange barge. From a distance it looked like a pop bottle (soda bottle for non-Michiganders) was being towed. The tow lines are usually not that long. Strange. Perhaps that's a precaution against losing the thing in a storm and pulling the tug down with it? I've been trying to guess without much success what the towed contraption could be. 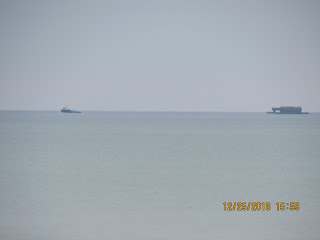 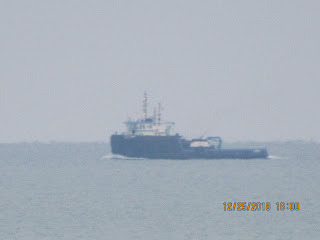 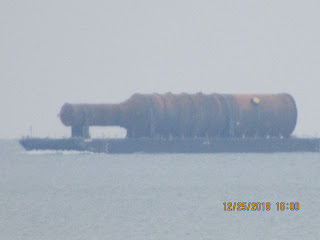