This morning I met Ken Landsberg,  a local farmer and pilot, at the Sandusky, Michigan Airport's annual open house and breakfast. Ken has a farm near Marlette.

Pilots from all over fly in and the local folks gather to eat, watch, and explore. I couldn't resist; I'd always wanted to see the place so I got up early, like every morning because my Icelandic Sheepdogs do not sleep in - ever, and drove over to Sandusky.

Clicking on photos enlarges them.


Some of the planes that arrived early: - 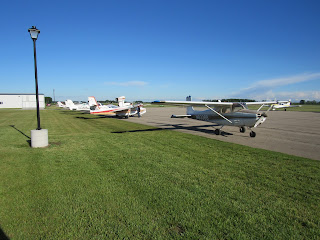 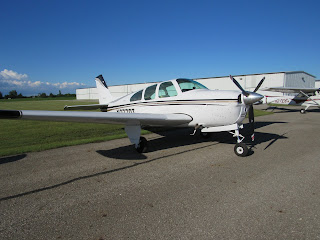 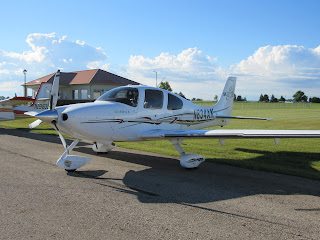 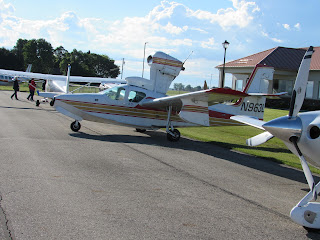 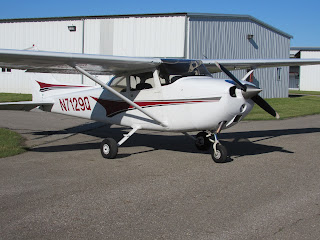 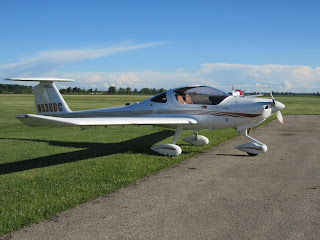 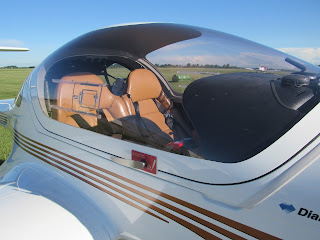 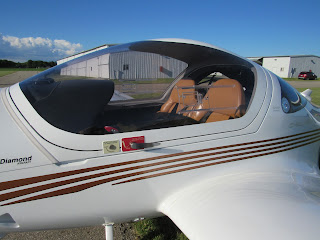 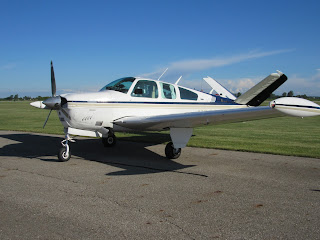 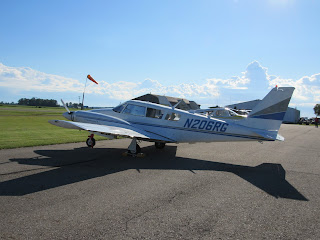 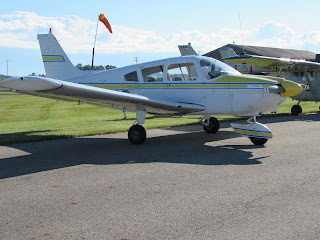 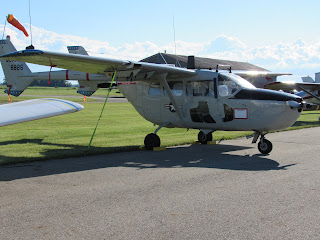 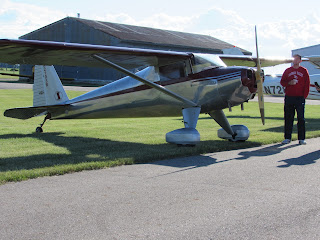 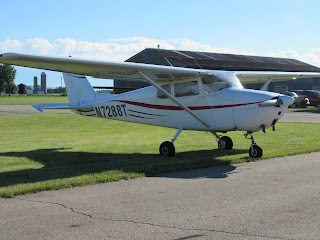 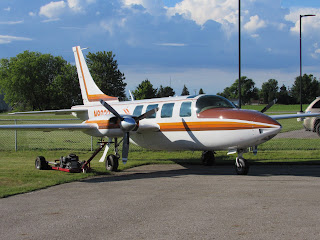 First I explored a bit and then I went for the breakfast in the hanger but as I was about the pay for my meal, I asked if it was possible to arrange for a flight. The nice guys took me over to meet Ken, we walked out to his plane, the first one above, and three minutes  later we were airborne! As we were about to take off, all strapped in and with the sound absorbing, microphoned headphones in place, he told me that he bought this old plane for parts and decided instead to fly it calling it his "Used Parts Plane".

We were going to fly over his farm near Marlette but I asked if I could fly over my property, red pole barn, and house near Forestville on Lake Huron - which is where we went. He said that I could open the window to get better shots if I wanted - are you kidding? Of course. 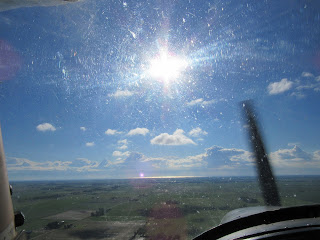 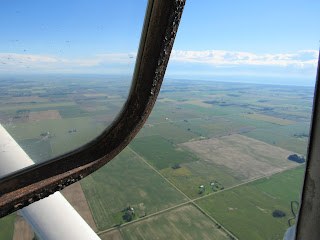 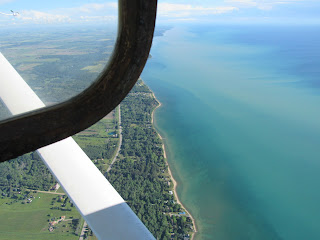 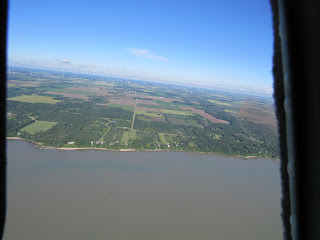 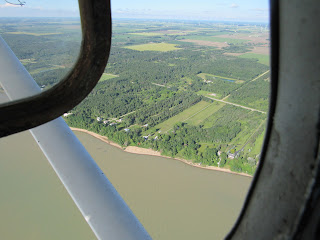 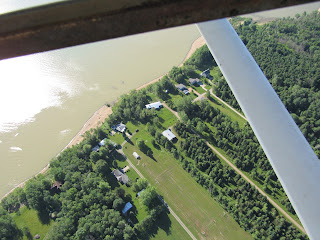 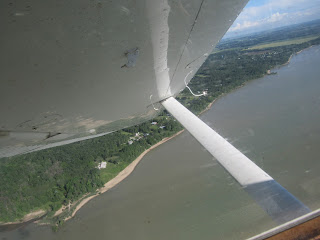 The mouth of Behkne Creek south of my house.
Chirs and Cheryl's house has the white roof
The long clear field left of the wing strut
is north of my property. 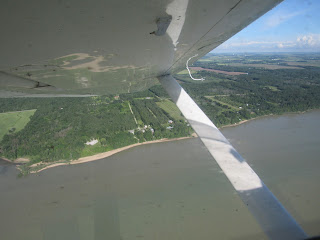 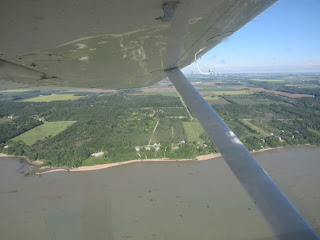 Again, Jeff's cleared field left of the wing strut;
my property left of that. 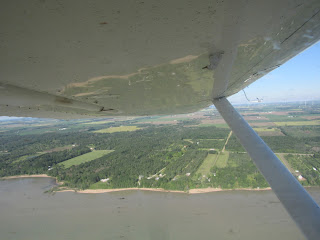 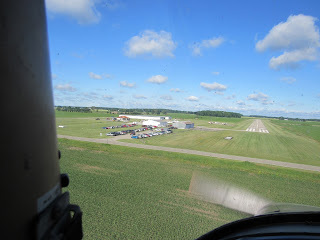 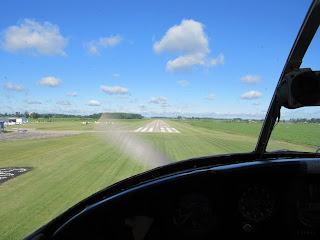