I've been enjoying the cool temperatures because I work outside when it's cool but avoid the sun and hot days that will come later this summer. However,I would appreciate less rain.

Last year my Hosta (aka rabbit and deer lettuce) were virtually destroyed by "my" herbivores. They left the petioles - the "stem" that carries the leaf upright. In spite of having a greatly reduced photosynthetic output, they did survive and have produced new leaves this spring. I asked the friendly folks at nearby Raymond Hardware in Port Sanilac what I could do to lessen the impact of deer and rabbits. They suggested "Deer and Rabbit Repellent" produced by Liquid Fence. I don't like chemicals. They scare me and, I believe, many are dangerous.

However, reading the list of ingredients: - putrescent whole egg solids, garlic, sodium laurel sulfate, thyme oil, (and water, potassium sorbate, sodium benzoate, trisodium citrate dihydrate, citric acid, xanthum gum) lessened my reserve. It repels deer and rabbits (it says) but doesn't harm plants and animals. I'm giving it a try this year. Although it's pricey, I don't live  high on the hog, as they say.

Time will tell. It's time to do another spraying. They say that after the initial dosing and a repeat a week later, spraying about once a month should be enough. We'll see. I'll keep you informed. Here in the Thumb, the Hosta are just starting to unfold their leaves. I'm actually nicely surprised that they came back as strong as they did after losing their leaves  for such a long time last summer and thus losing much of their ability to make food for the winter and to produce new leaves this year.

Two initial dog photos to pique your curiosity and then a few of the Hosta. Clicking on photos will enlarge them. 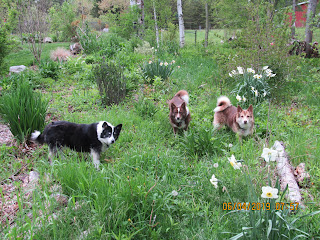 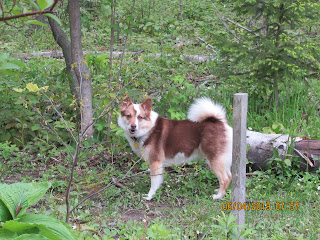 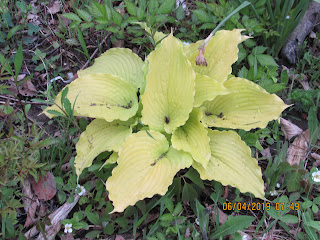 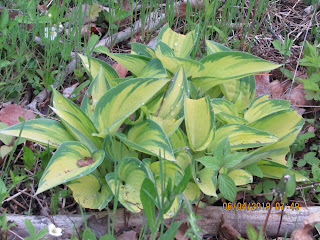 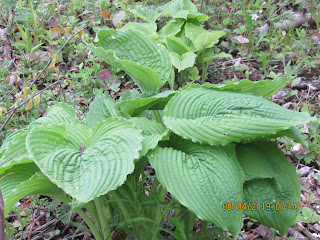 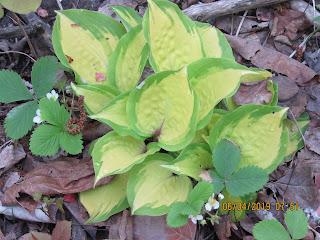 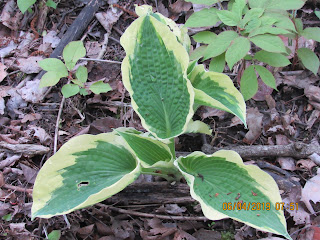 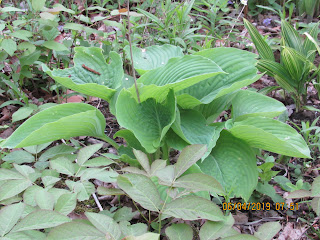 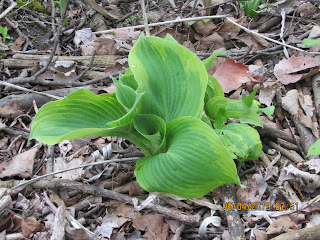 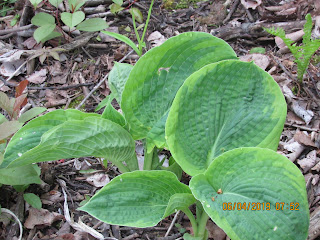 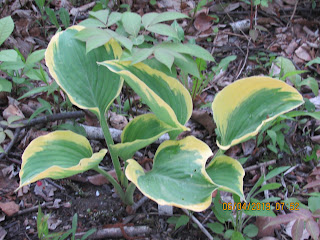 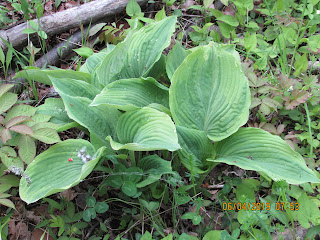 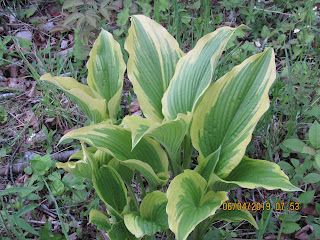 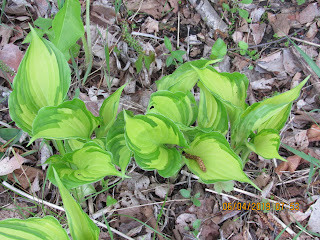 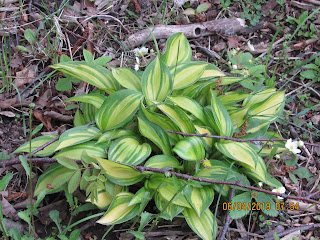 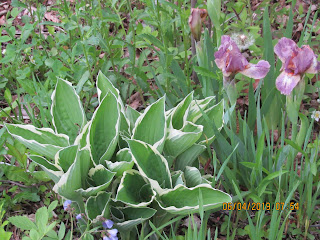