My cousins' Golden Retrievers just had a litter of puppies at their farm in Washtenaw County, Michigan. So needing a puppy fix, I visited them yesterday. Kathy said that this would most likely be her last litter of "TorWoods" pups and that might be so.

"Red in the morning, sailors take warning. Red at night, sailors delight." Or so the phrase my father taught us went back in olden times. Now every morning is red - or at least pink - probably a result of air pollution. Are we a terrible species or what? And now  it seems there's red every night too. Clicking on photos will enlarge them. 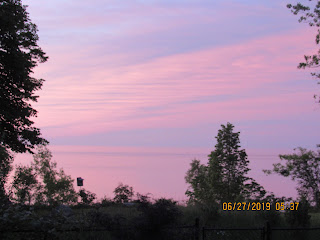 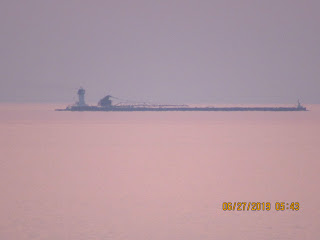 Kathy and I had a great visit; although we talk often on the phone, I wished we lived closer so we could visit in person more often. We are alike in many ways which makes it possible to discuss politics, religion, life, personal and family relationships, gardening, dogs, etc. stress-free.

Many of my nest box tree swallows are fledgling their babies. This shot shows the results of one family. It's safe here. There are plenty of bird box homes for raising families. And lots of insect food for the adults and their babes. In the past, after the swallows leave their boxes, some bluebirds move in. I don't know whether I should clean the boxes before they do or let well enough alone. I don't want to micromanage their lives; they have managed for hundreds/thousands of years without human help. 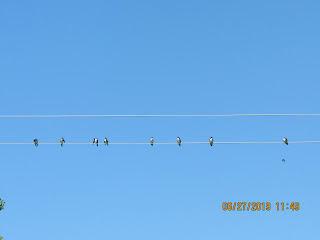 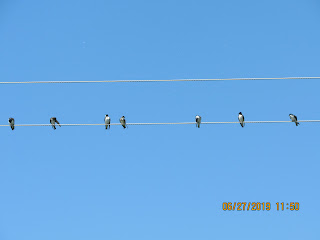 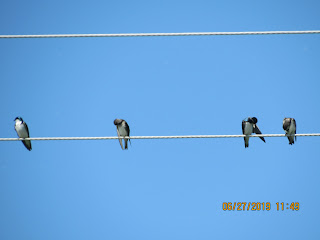 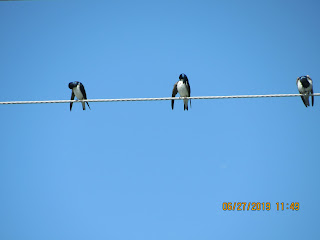 More than a year ago there was a fire at Tornado Woods farm which completely gutted their 150 year old family farm home -which was insured by State Farm Insurance - the claim has not been fully processed. Still. It's the usual insurance company routine/scam. Delay, deny, delay, don't call back, delay, deny, go silent. Not all insurance companies are our friends. Avoid State Farm Insurance. Their TV ads are not how they actually seem to operate.

The bearded irises are nearing the end of their season, however, the Siberian irises are reaching their prime. Years ago I stopped trying to take photos where dogs hadn't breached the shot. Camera hogs! 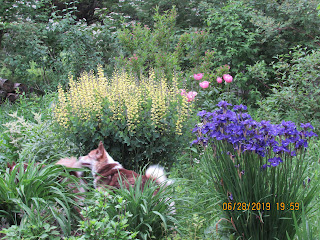 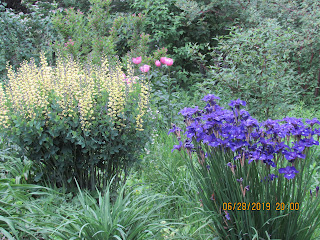 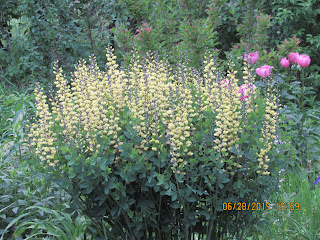 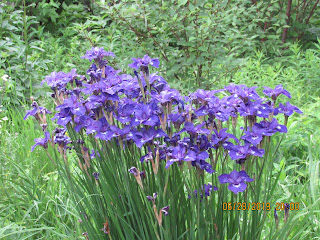 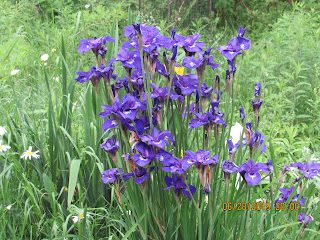 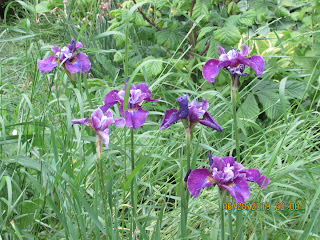 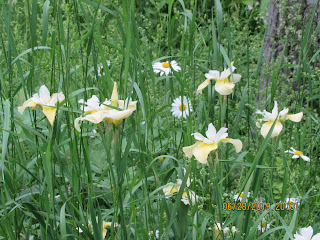 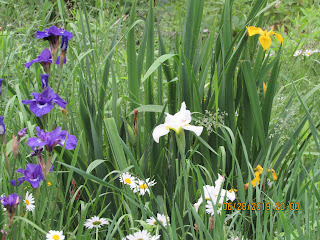 Last winter all the fish, frogs, and tadpoles in my pond died. That has never happened in the thirty years or so that I have had fish ponds. I think I know the reason why which might mean I have to replace all the water in the pond. August sounds like the month to do that. Maybe. 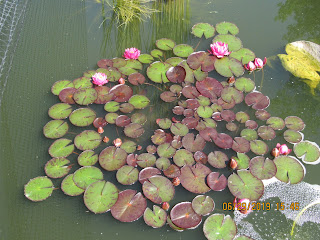 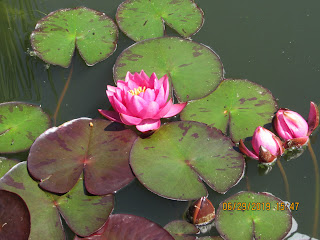 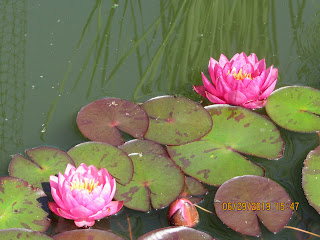 The plants made it. And maybe one tadpole did too and has changed into a frog? Or perhaps this visitor hibernated somewhere else or is a newly arrived refugee. 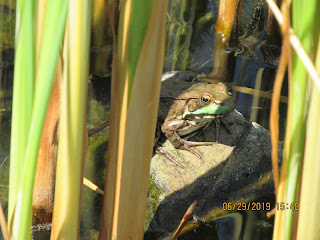 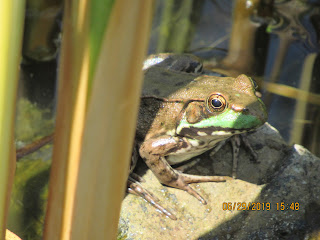 I was expecting a visit from the business that did my ravine fix last year to tweak a small problem before it becomes a big problem. This was the second promised and missed visit.

I have a beach well issue and the guy was supposed to come this past week to discuss possible solutions for that problem. The waters of Lake Huron are at an all time high which has flooded my beach well which supplies water to the possibly inappropriately named Sans Souci (the pole barn).

My architect also failed to come this week as promised. Second missed appointment for him also.

Not one of them called to cancel or re-schedule. Disappointed doesn't come close to my feelings. But surprised? Nope. Not. At. All. Let the planet take a few spins. Think flowers and dogs. 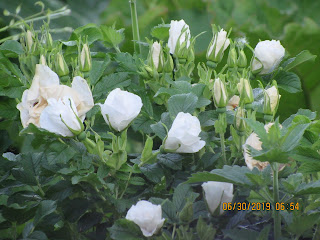 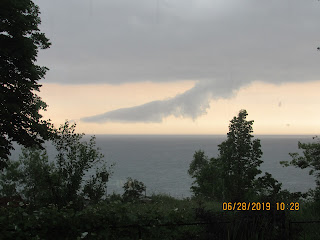 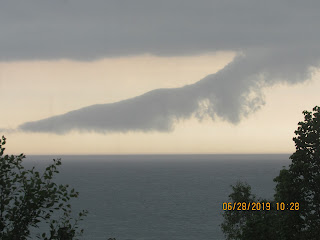 Does this look like something out of Harry Potter?