This adorable female Icelandic Sheepdog puppy is Korpur and Pila''s great granddaughter. This litter has five puppies, three boys and two girls. Two puppies, one boy and one girl, in this great litter have double dewclaws on three of their feet. Most Icelandic Sheepdogs have double dewclaws on both of their rear feet. Some are "Trispori" meaning that three of their feet have double dews.  Rarely a dog is born with double dews on all four feet, "Alspori". Lundehunds, a very rare Norwegian breed related to Icelandic Sheepdogs, usually are alspori. Korpa's parents are Asgards Kafteinn bred by and owned by Debbie Ostrander and Koltryna Maria fra Stassa bred by and owned by Jennifer Sanders. 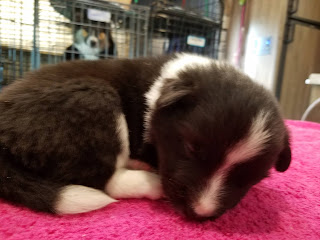 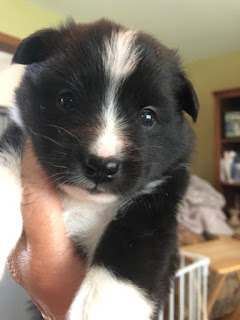 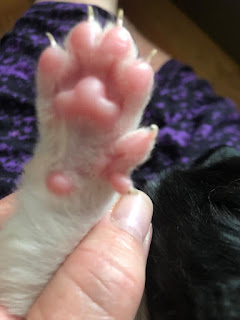 We're having  population explosion of rabbits here. Rabbits of all ages are taking over. Where are the foxes and hawks? Even feral cats might help reduce the numbers of bunnies. Yes, of course they're cute but enough. 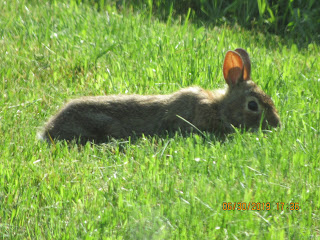 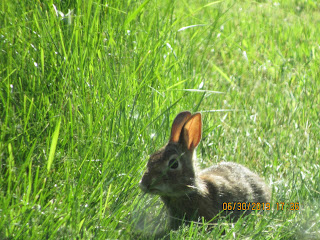 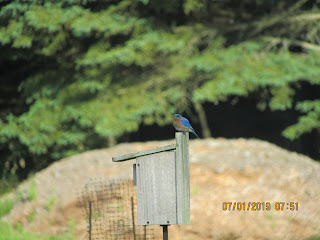 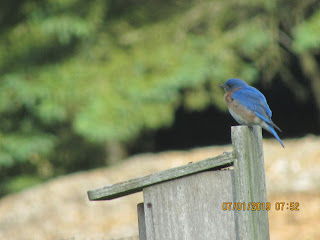 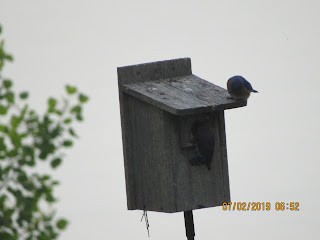 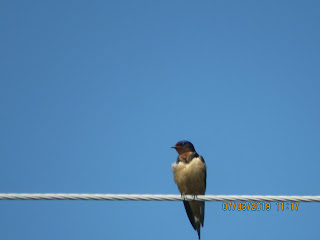 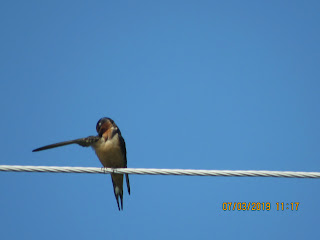 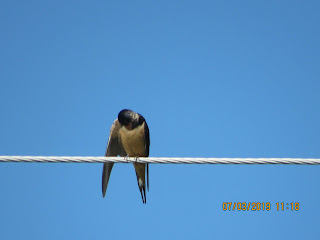 The mother turkeys and this year's clutches of young are searching for food. The warmth of the wood chips and the worms, insects, and other arthropods living in the mound of chips seem to attract the turkeys. 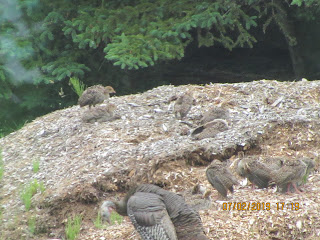 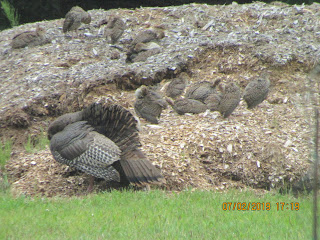 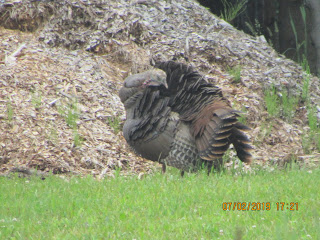 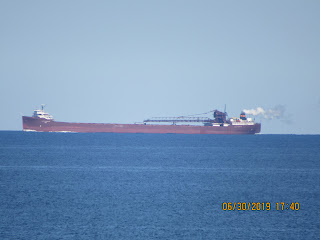 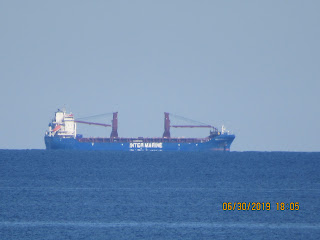