Totty is an American Kennel Club Grand Champion and I have been trying to decide if I want to breed her a third time. I normally let my females have only two or three litters. She's an amazingly beautiful and intelligent dog, one of the increasingly more rare shorter haired Icelandic Sheepdogs. I'm in my early seventies and bending over with puppies has become problematic. The male I wanted to use for a litter was neutered. I know of only two or three males who are good enough, imo, to use as sires for her litter.

Laki, who was used for her first litter, is an amazing male and their pups turned out drop dead gorgeous. Thank you Colleen Schmidt. 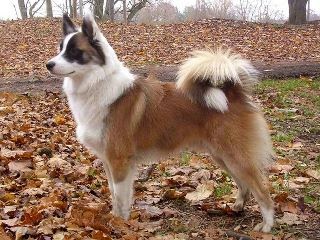 Foothills Laki
Mori, from Debbie Ostrander, is also a great guy and produced good puppies too. 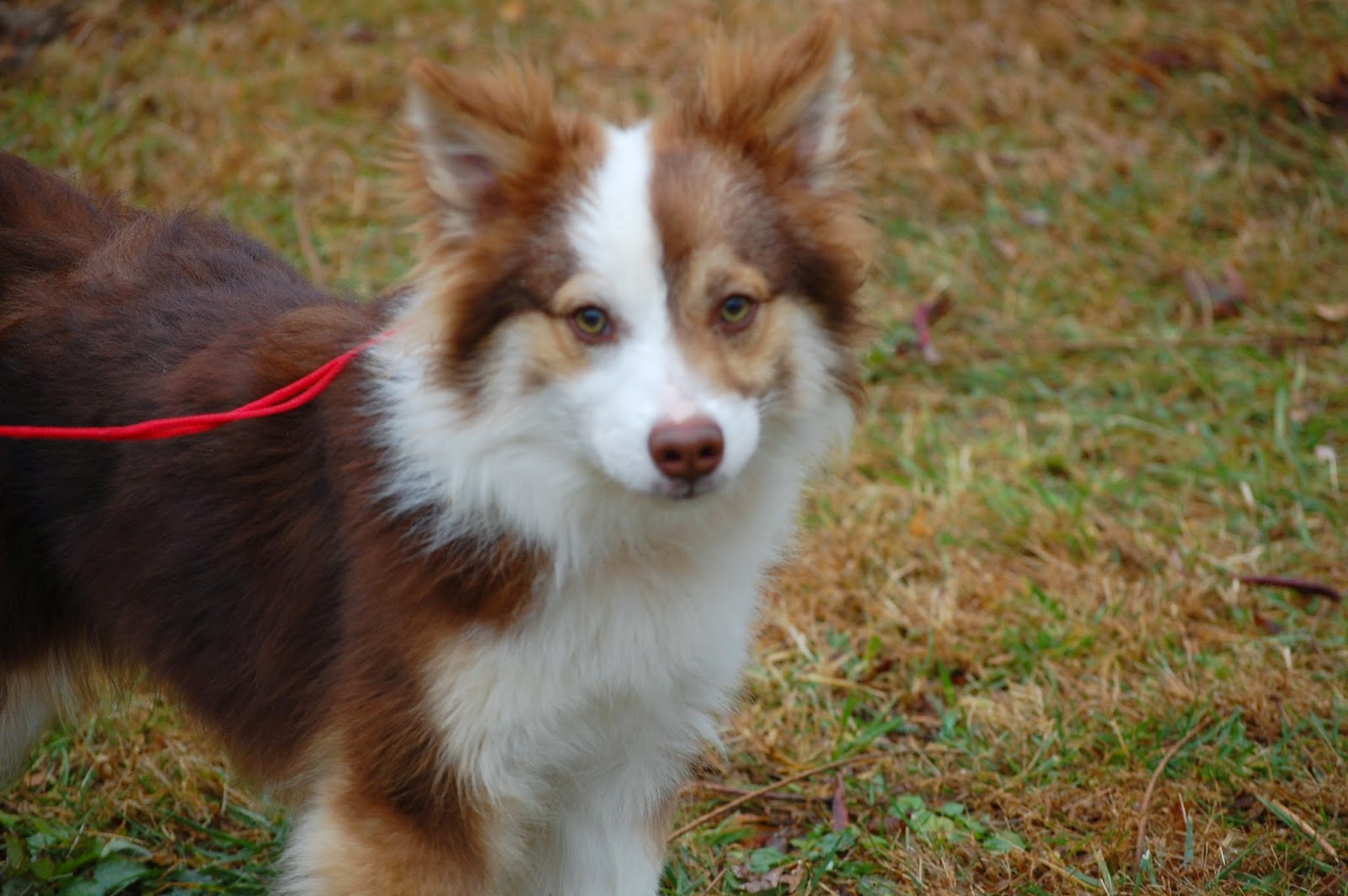 I want to use a different male with Totty again this time. Do know of a great male? 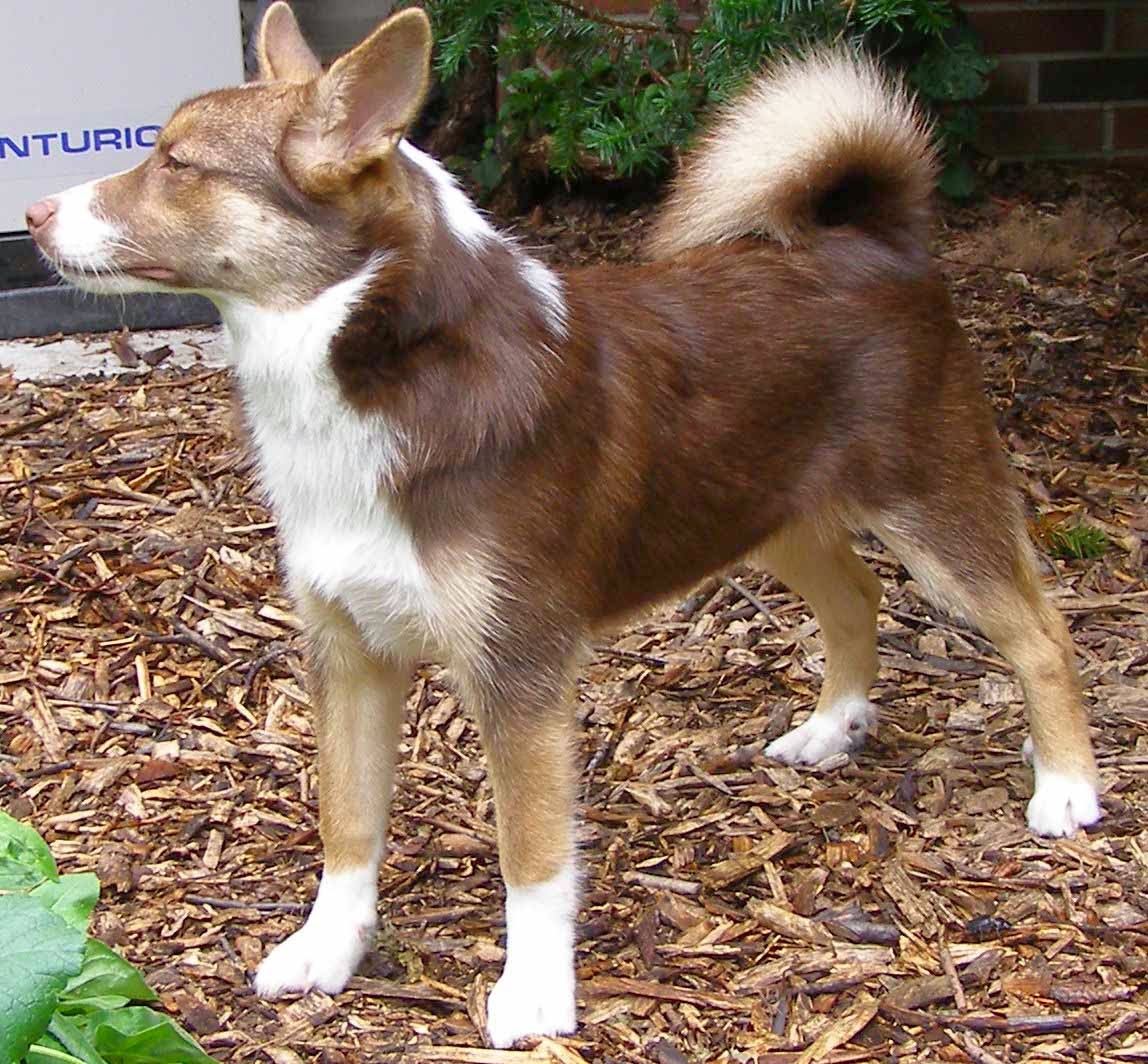 Vinlands Totty
What do you think I should do?

Driving to Sandusky, Michigan this morning I was reminded of Vincent - love that man. Perhaps a 2014 version of his amazing haystacks. (I have to add Michigan because there is a Sandusky in Ohio also.) 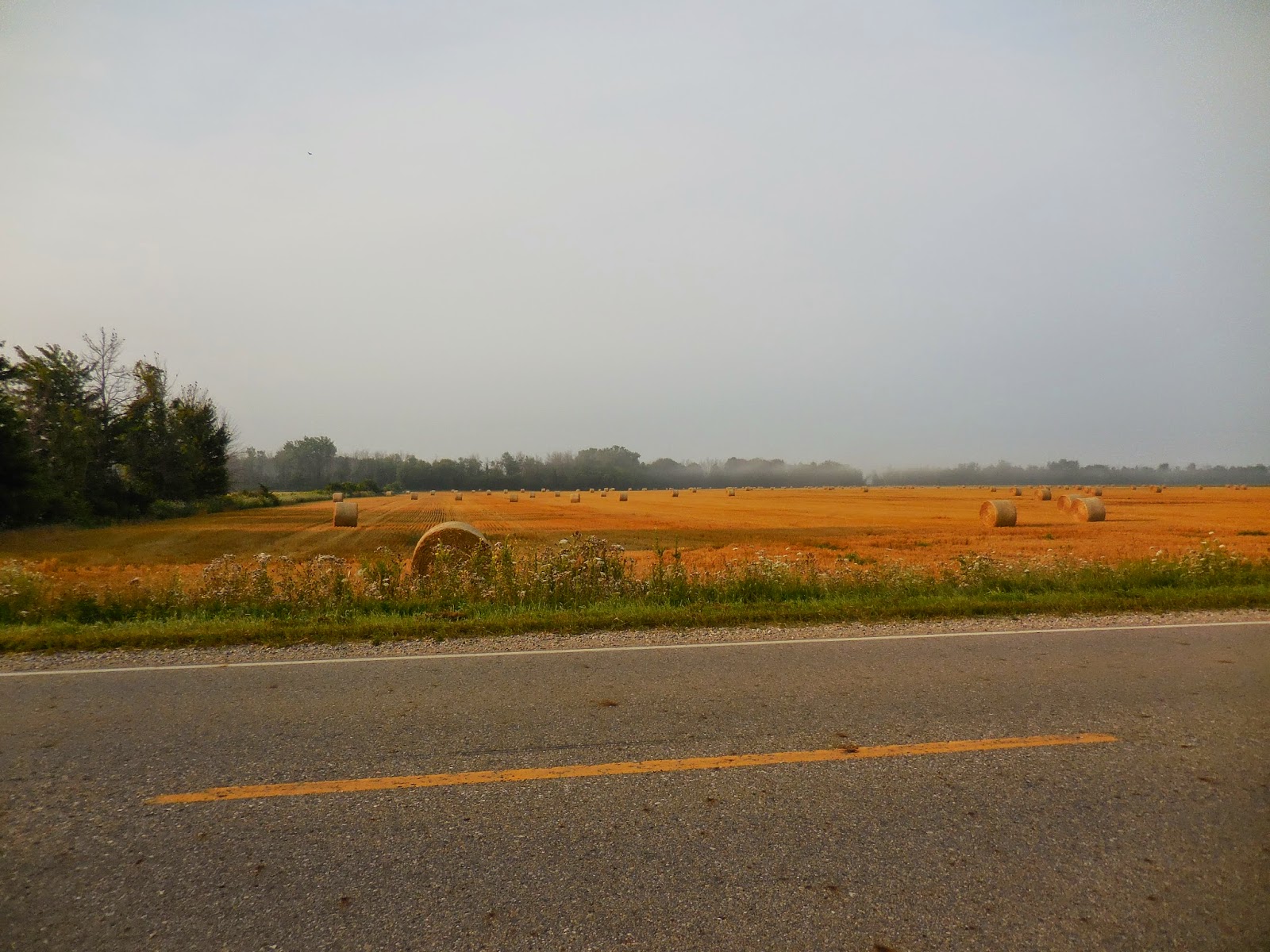 Late last winter I purchased small rooted cuttings from Select Seeds in Connecticut, on line of course, of three amazing heirloom old fashioned geraniums. I think they are from the late 1800s but I may have that wrong. I love them because not only are the flowers really nice but the variegated foliage is wonderful too. The flowers are more intense than the photos show - I think taking the photos in the sun made them look faded. They are brilliant. Click on potos to enlarge them. 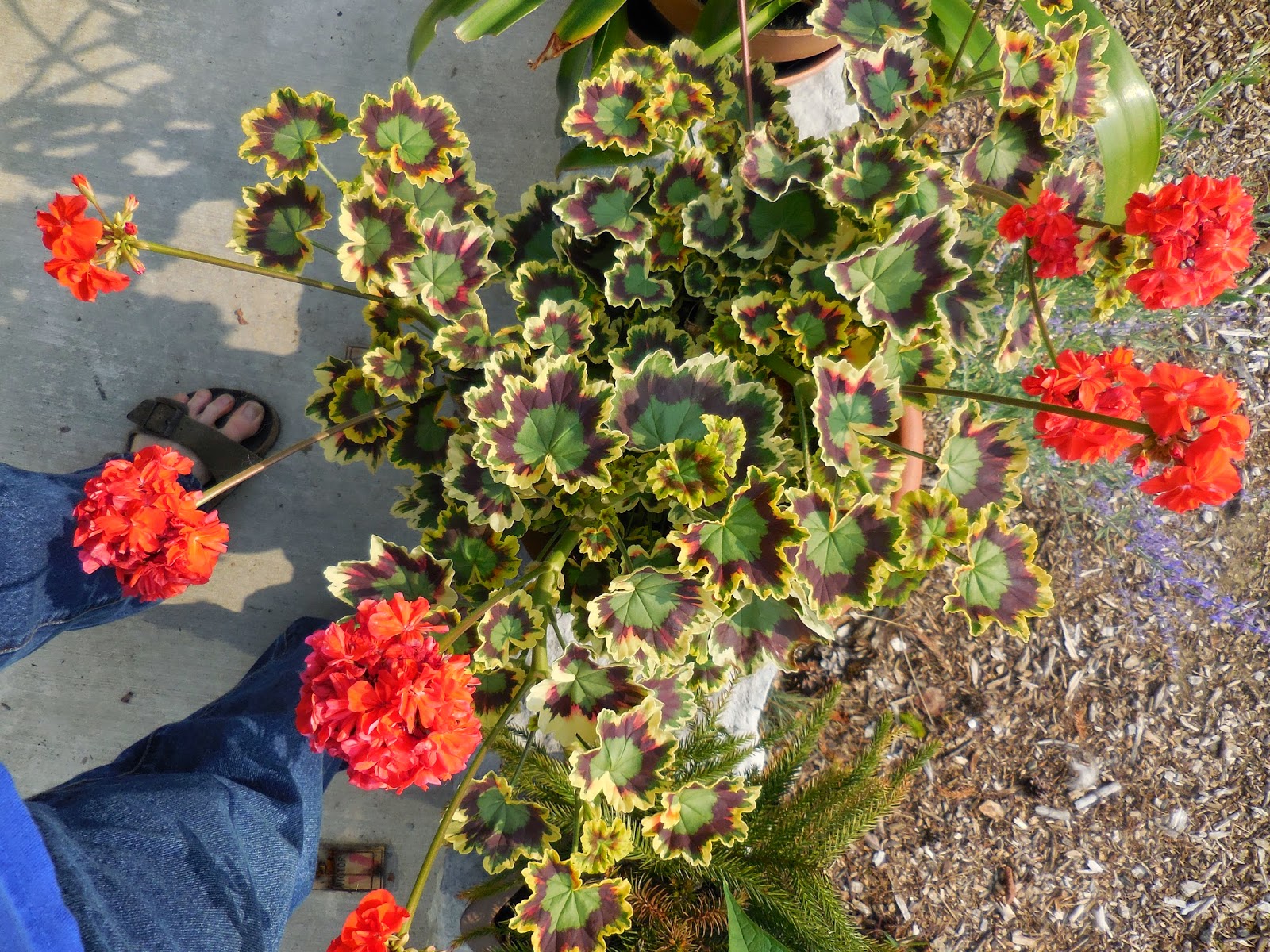 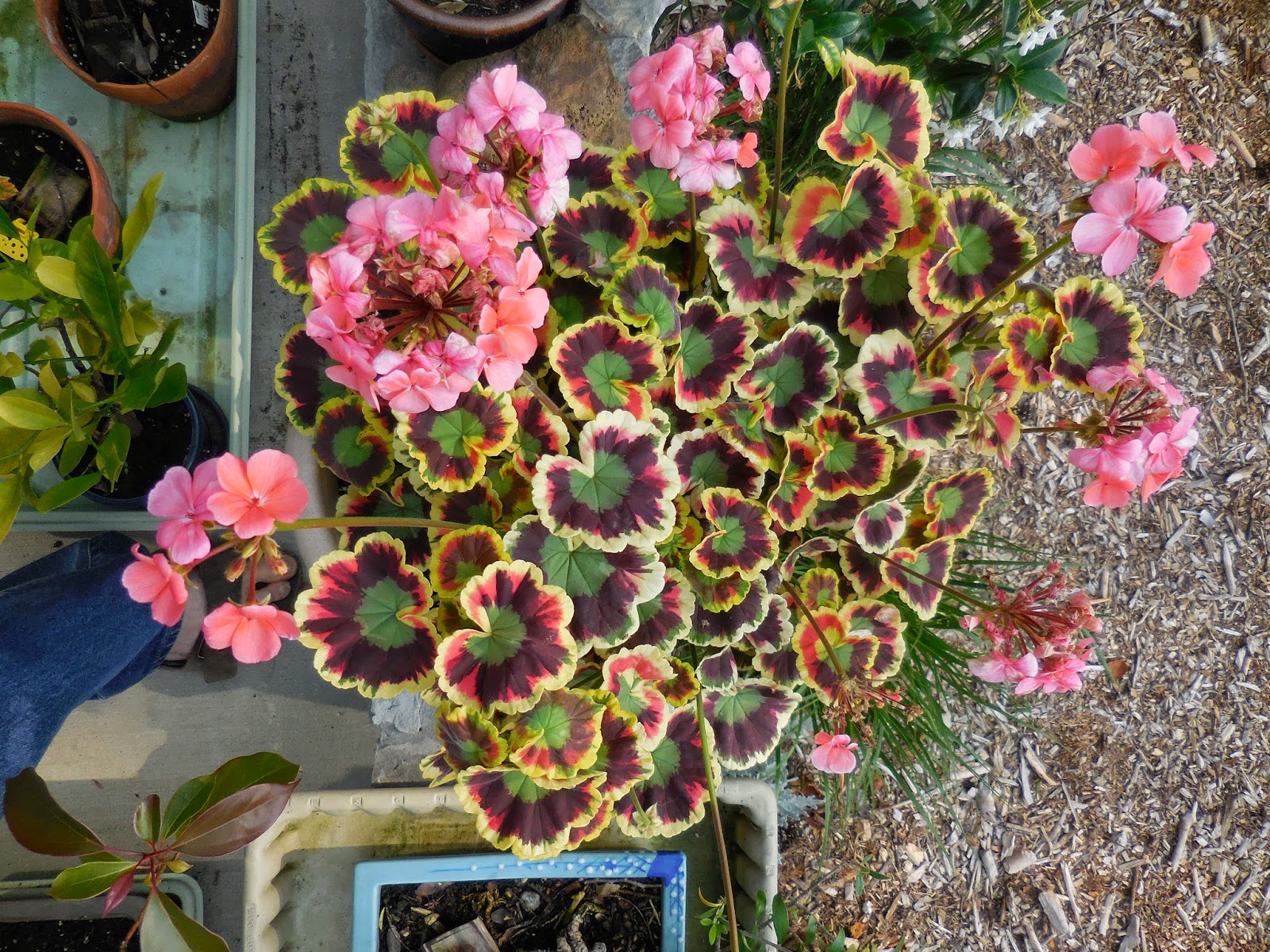 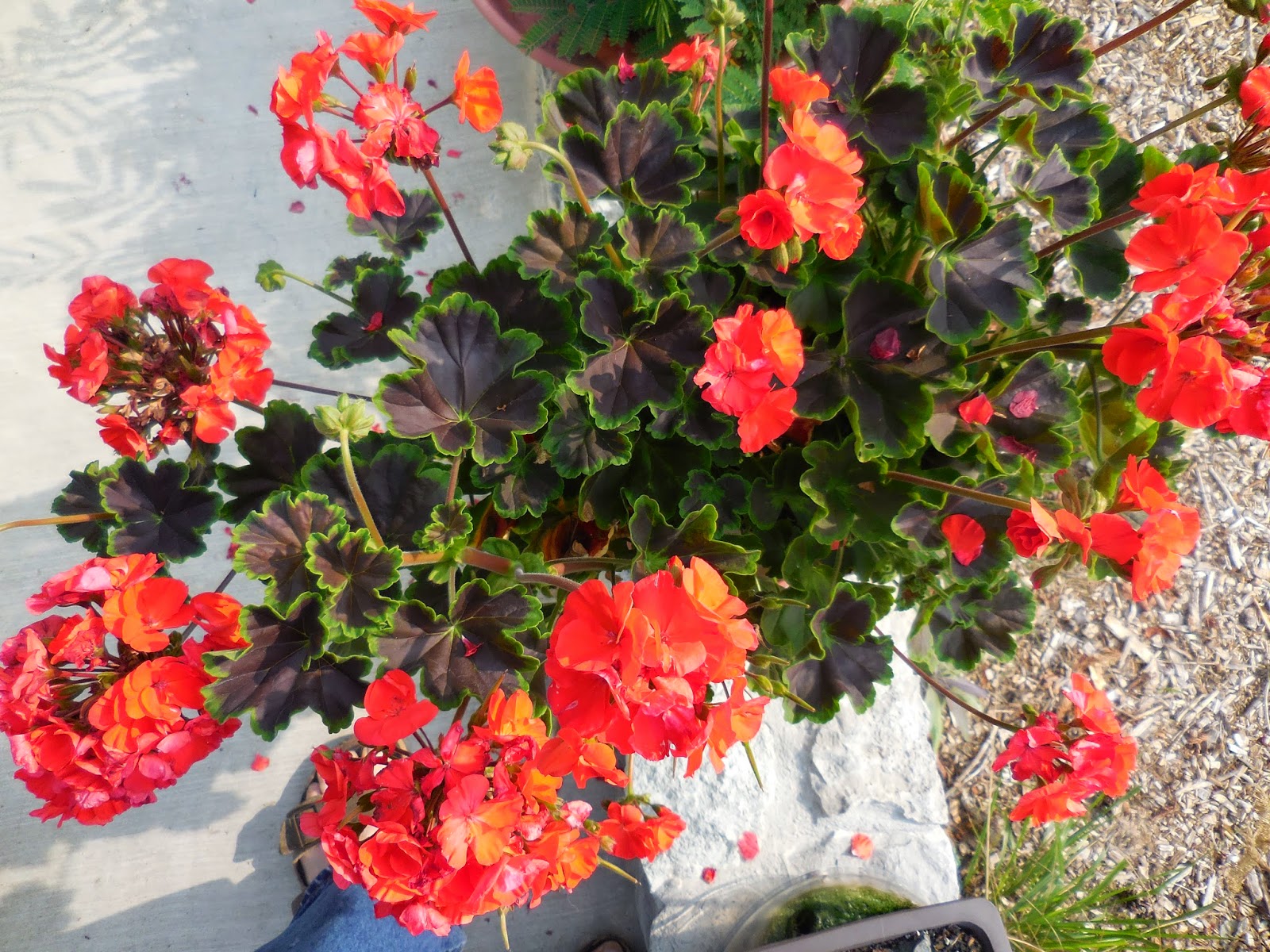 Black Velvet Scarlet
They were all shipped to my old address and languished for more than a week before arriving up north. Although they each were only about four or five inches (14 cm +/-) tall when I got them, they survived and have really prospered.

There is never a dull day, Lake Huron-wise, up here. Rarely do we have white caps but this day we did! I am recovering from food poisoning. Yuck.
Posted by Jaime Hansen at 9:59 AM