I spent the morning yesterday in the Emergency Room at McKenzie Hospital in Sandusky, Michigan. I learned while there that I have an ulcer. Dr. Bassam Batarse said it may have been caused by stress. STRESS - me! All the things I've been doing have been stressful but I didn't realize I had been letting it affect my body. They tell you not to make more than one major life change at a time. I've changed virtually everything over the last year!

The people buying the house in Royal Oak are proving to be PITA people. New phone, new computer, new internet, new van (more than a year ago though), new ophthalmologist, new dentist, new garden, new fences, new appliances, new acquaintances, new "driving times" to where I need to go to get stuff, same old dogs; however, I did not think any of these things were stressful! (Well I've learned to detest phone menus in order to talk with an honest to goodness living person - hopefully in the U.S.)

Jon and Tracy came up for a short visit to get away from "things" and we did some relaxed sight seeing. Pleasant visit.

We saw the Petroglyphs and walked the mile path. The huge Michigan fire which destroyed the white pine forests in Michigan's thumb changed the landscape forever. Clicking on photos enlarges them. 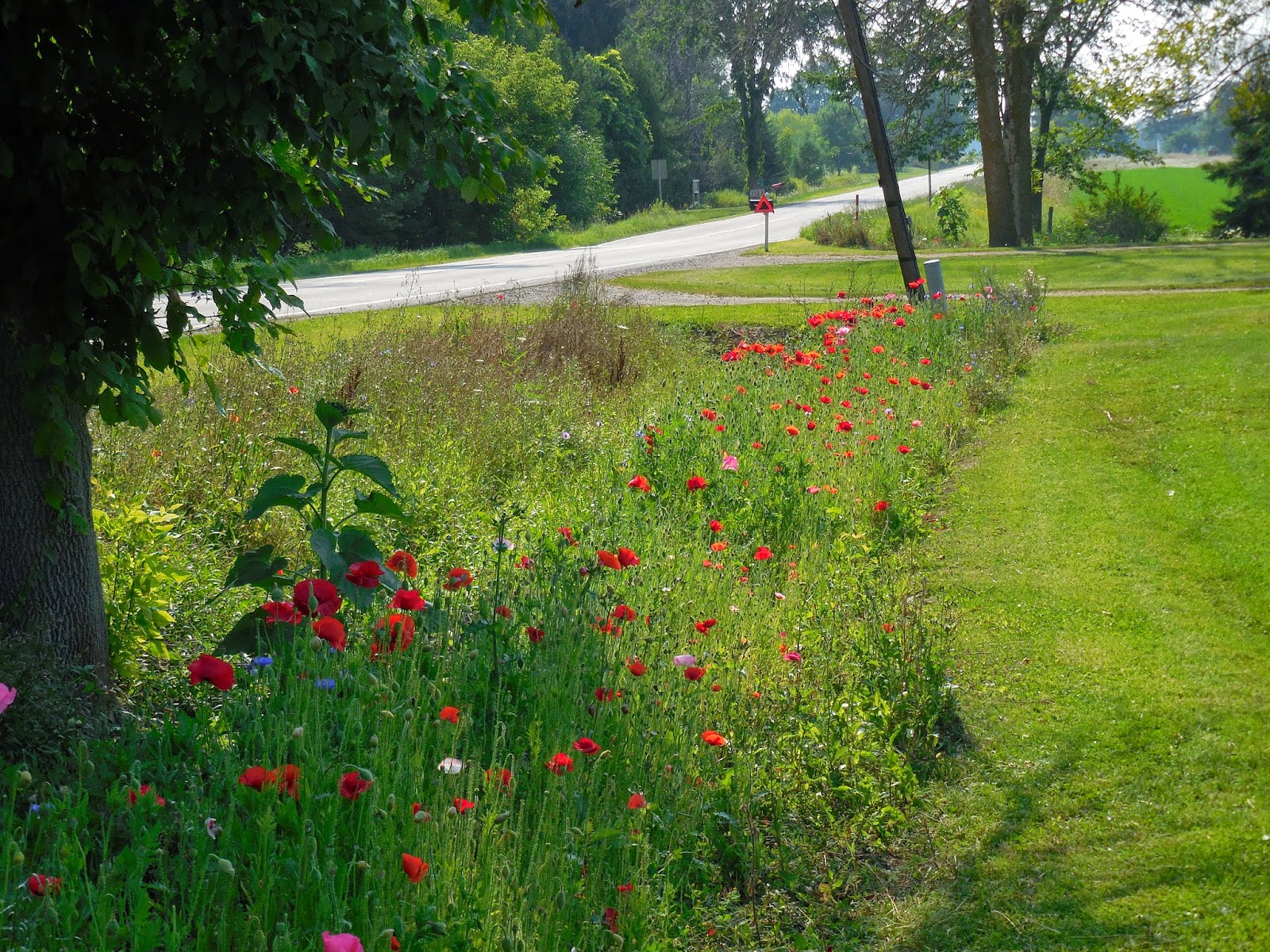 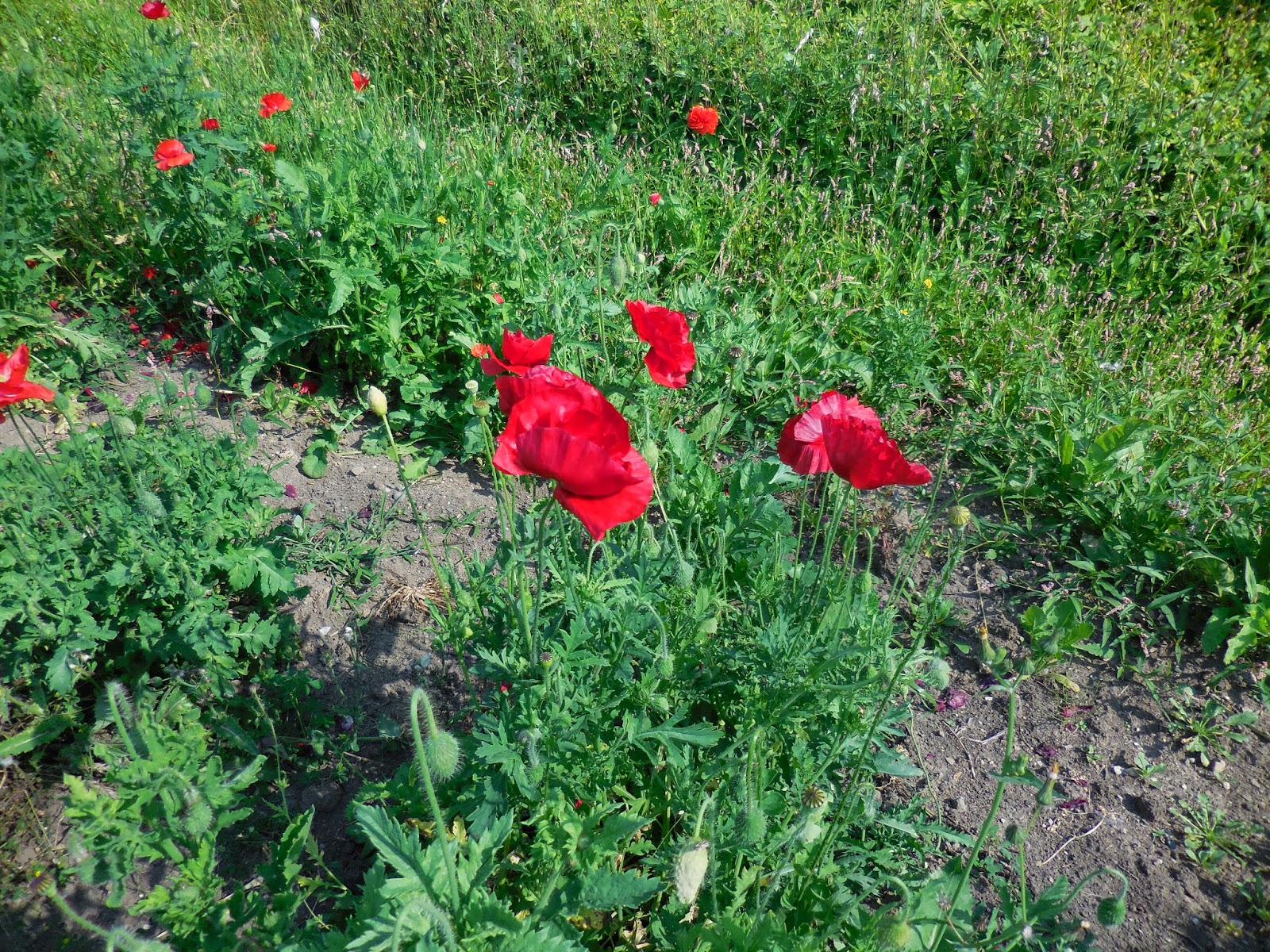 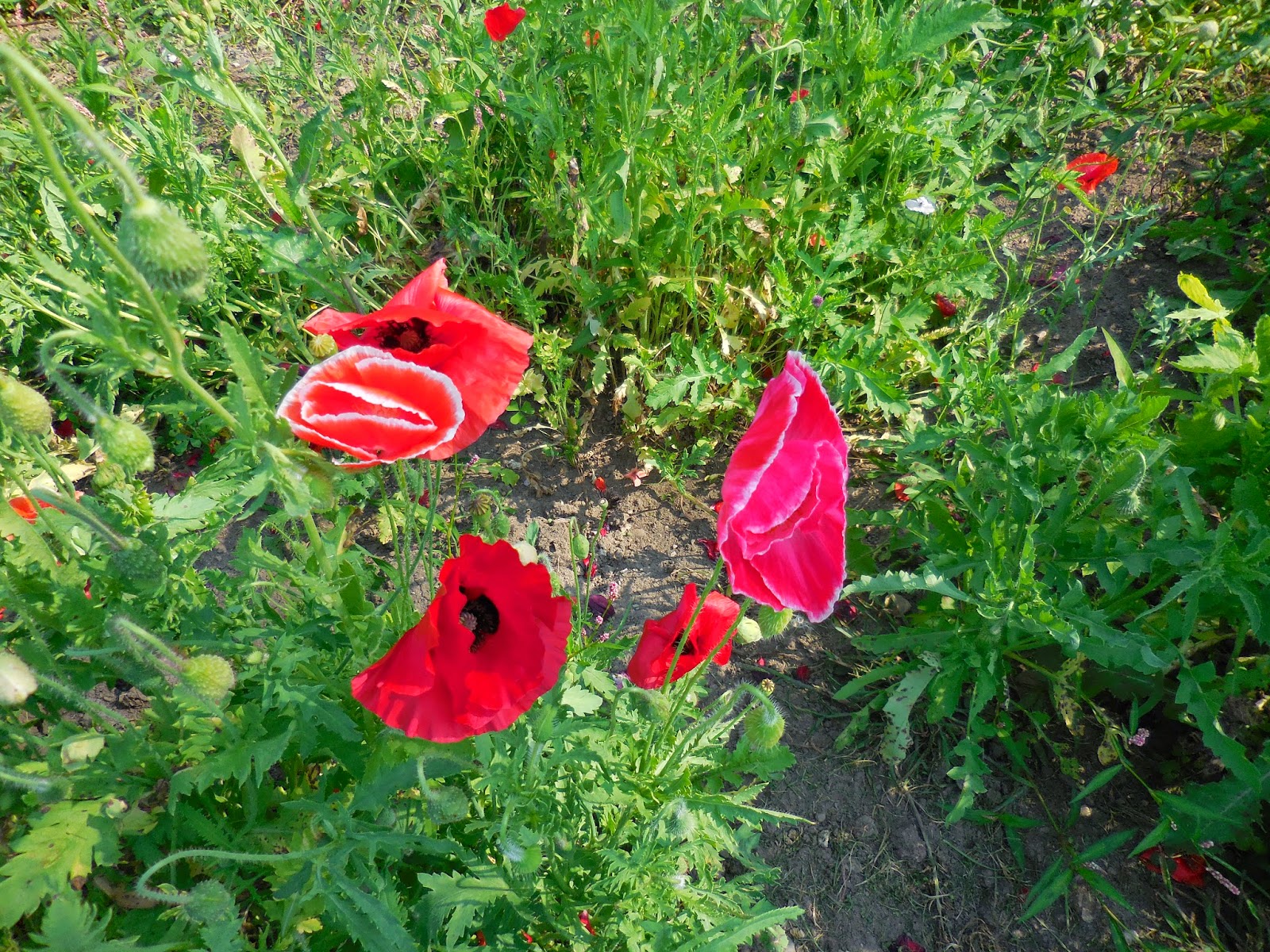 Just outside of Forestville along the road to the Petroglyphs we saw some annual poppies planted in someone's garden. We had to stop and take some photos and some seeds that hopefully will grow in the less than ideal conditions on my property. It looks like they enjoy sandy soil in mostly sun. I'll scatter the seeds and gently rake them into the soil now; hopefully they'll winter through and start to grow next spring. 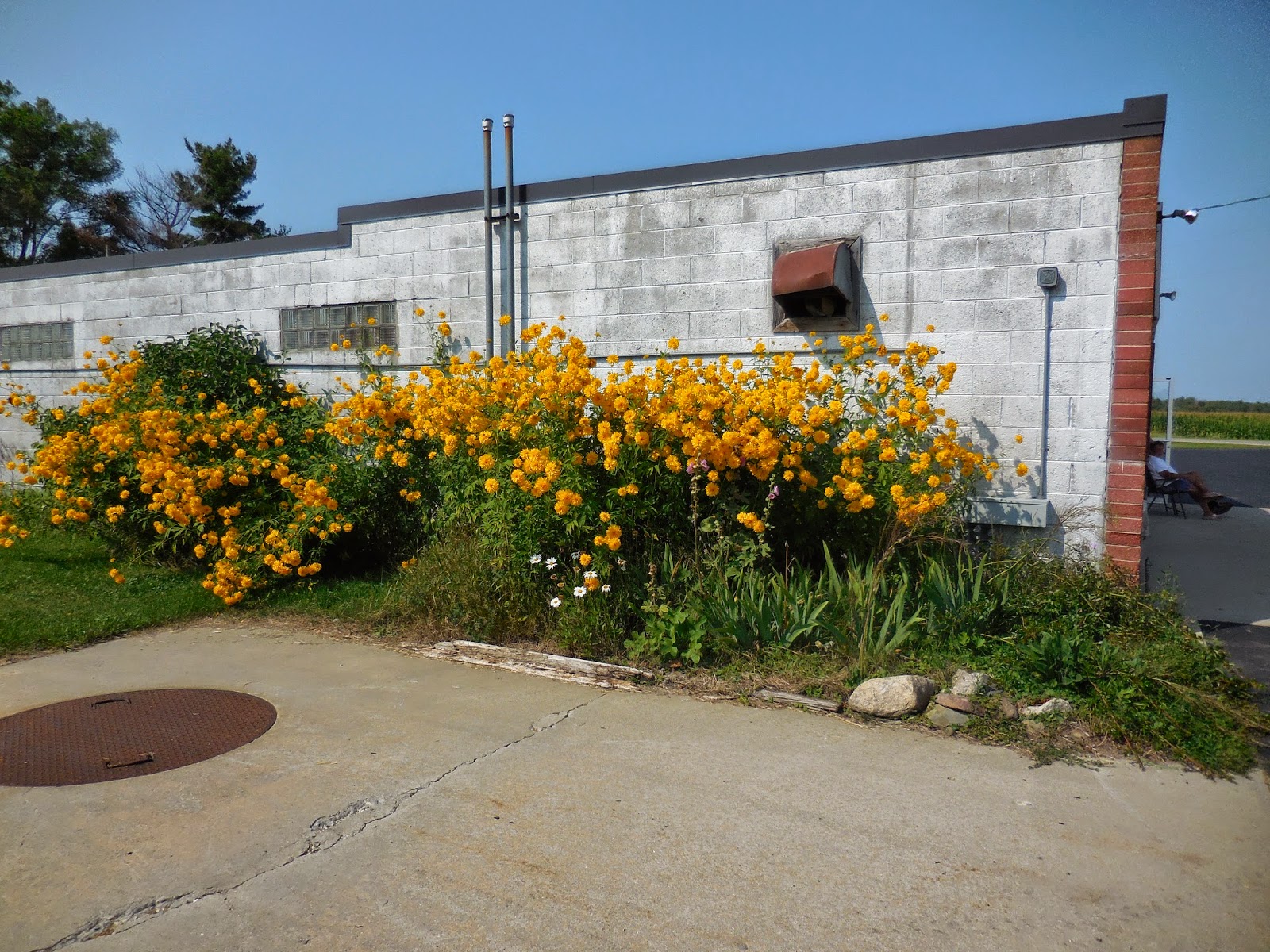 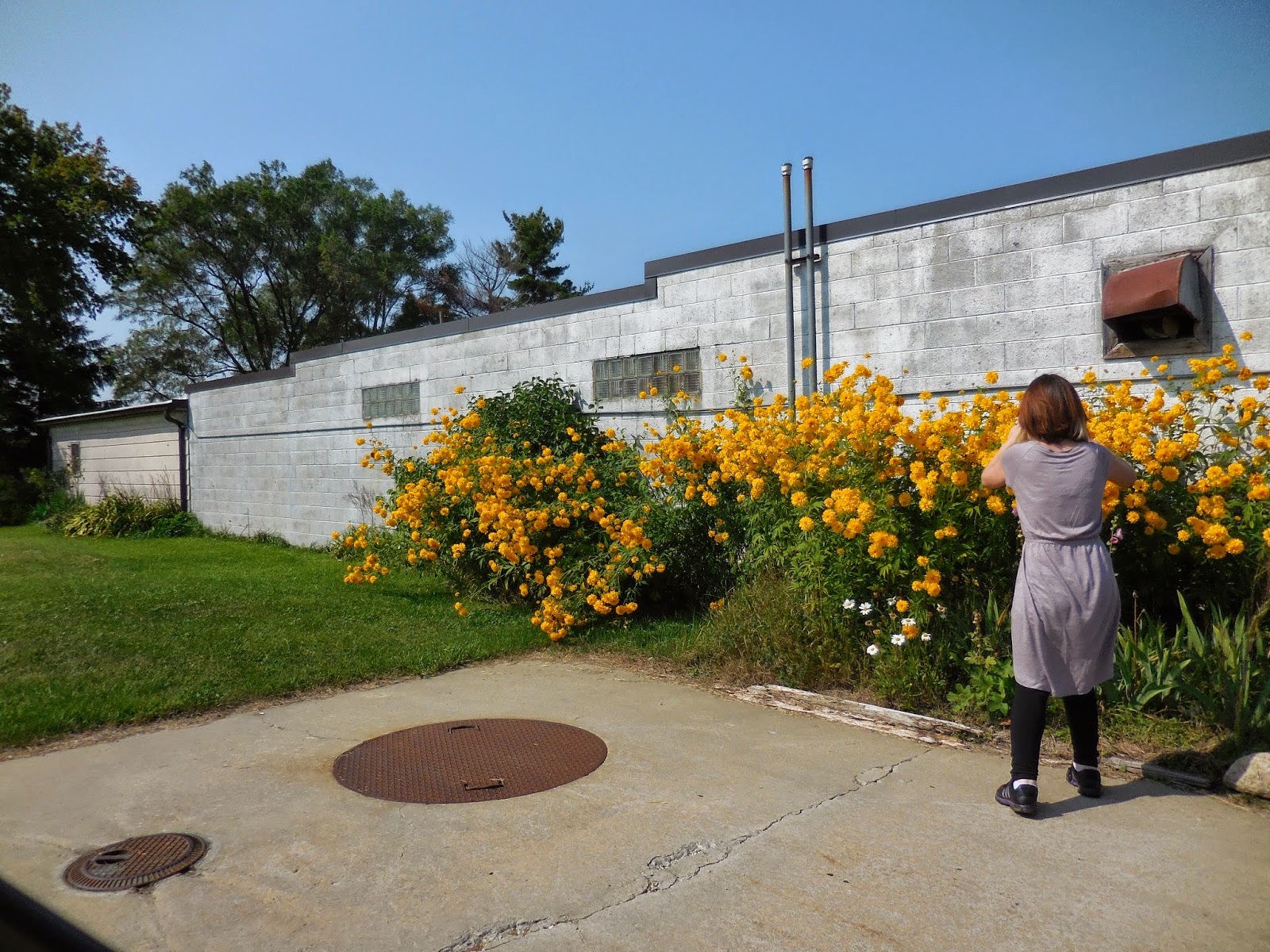 We saw these double Rudbeckias growing next to a convenience store along the way. I have some single ones that I've had for many years; I've moved a few up here. 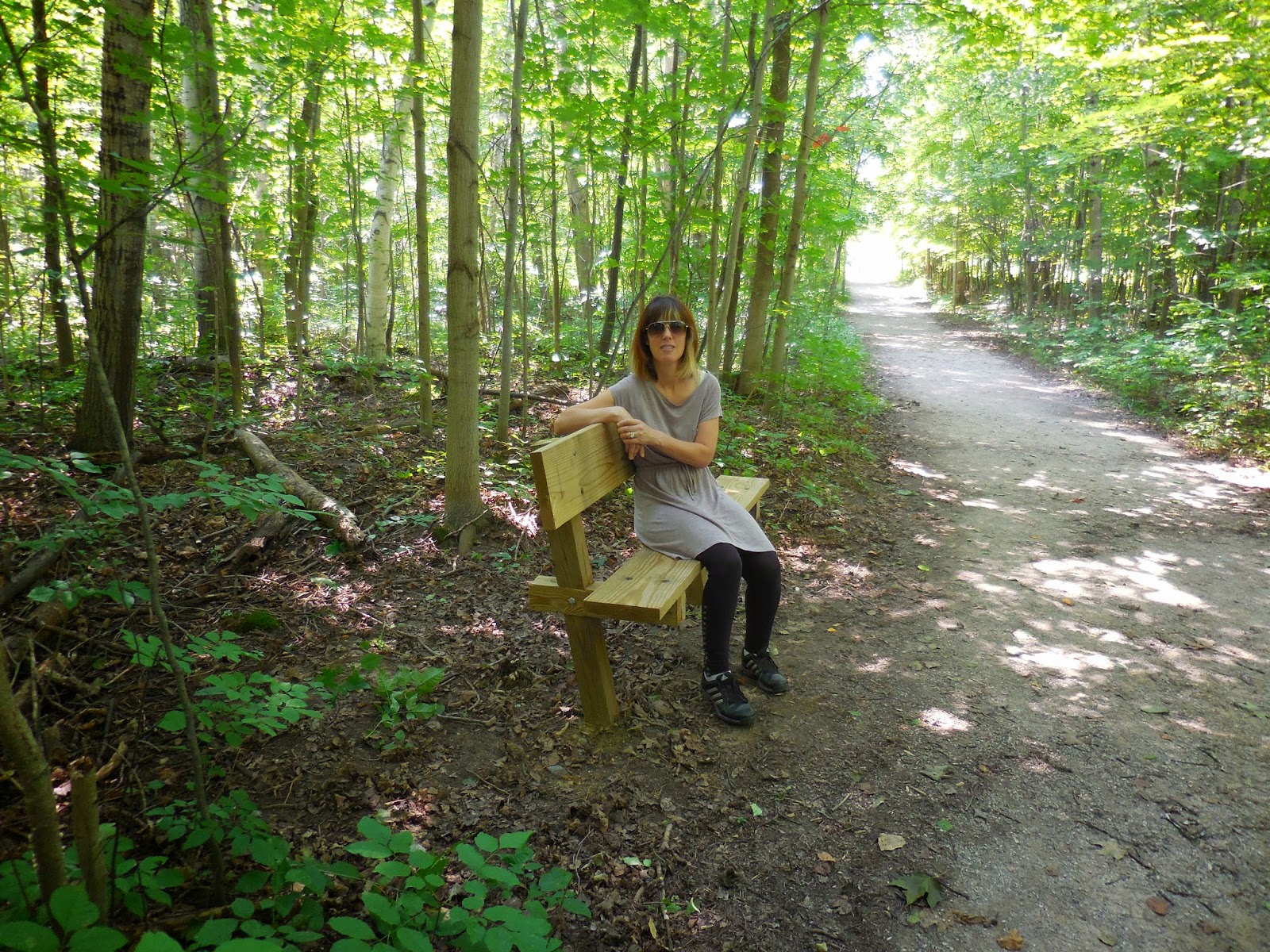 This bench was one of several along the nature walk at the Petroglyphs. 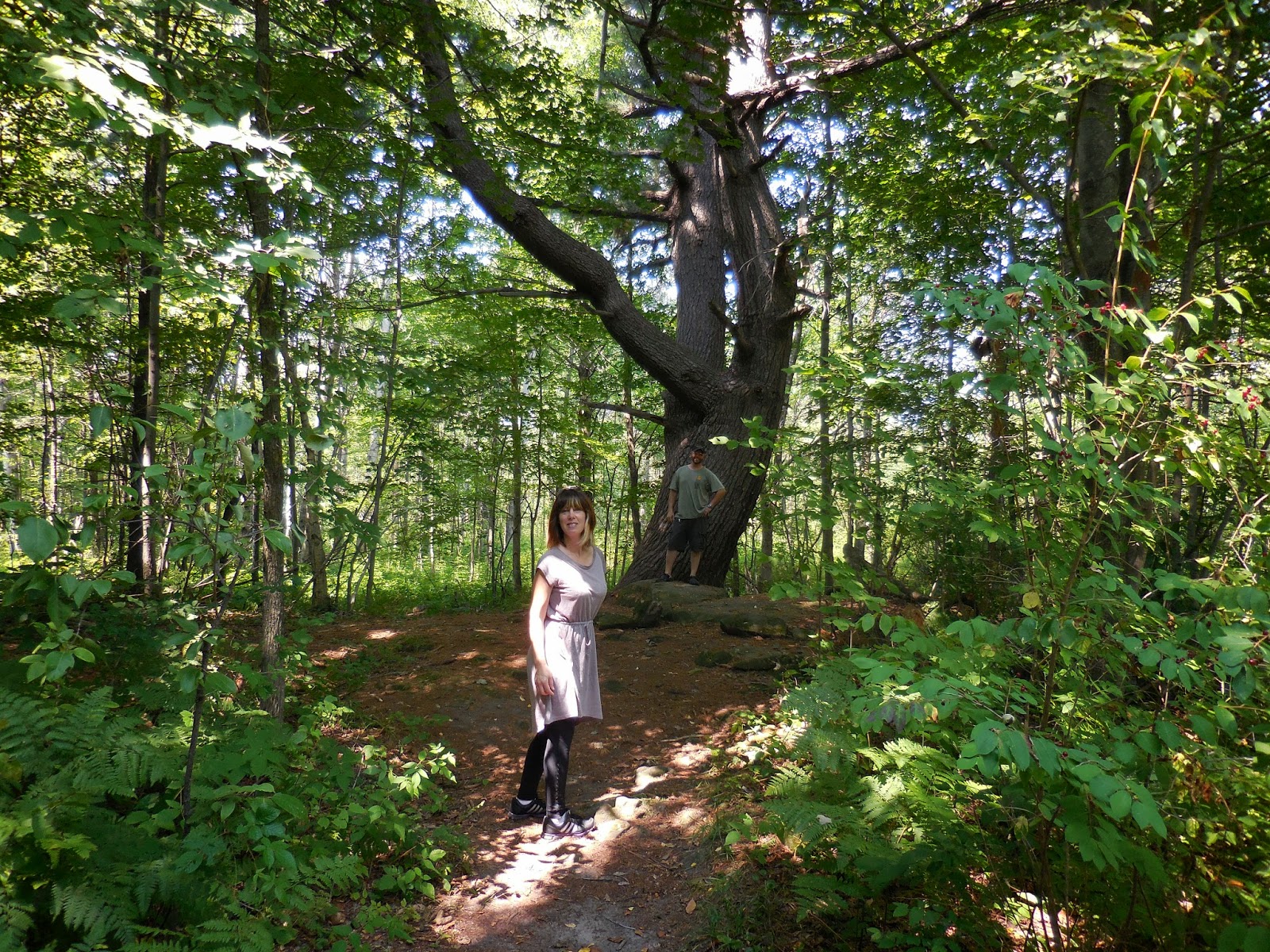 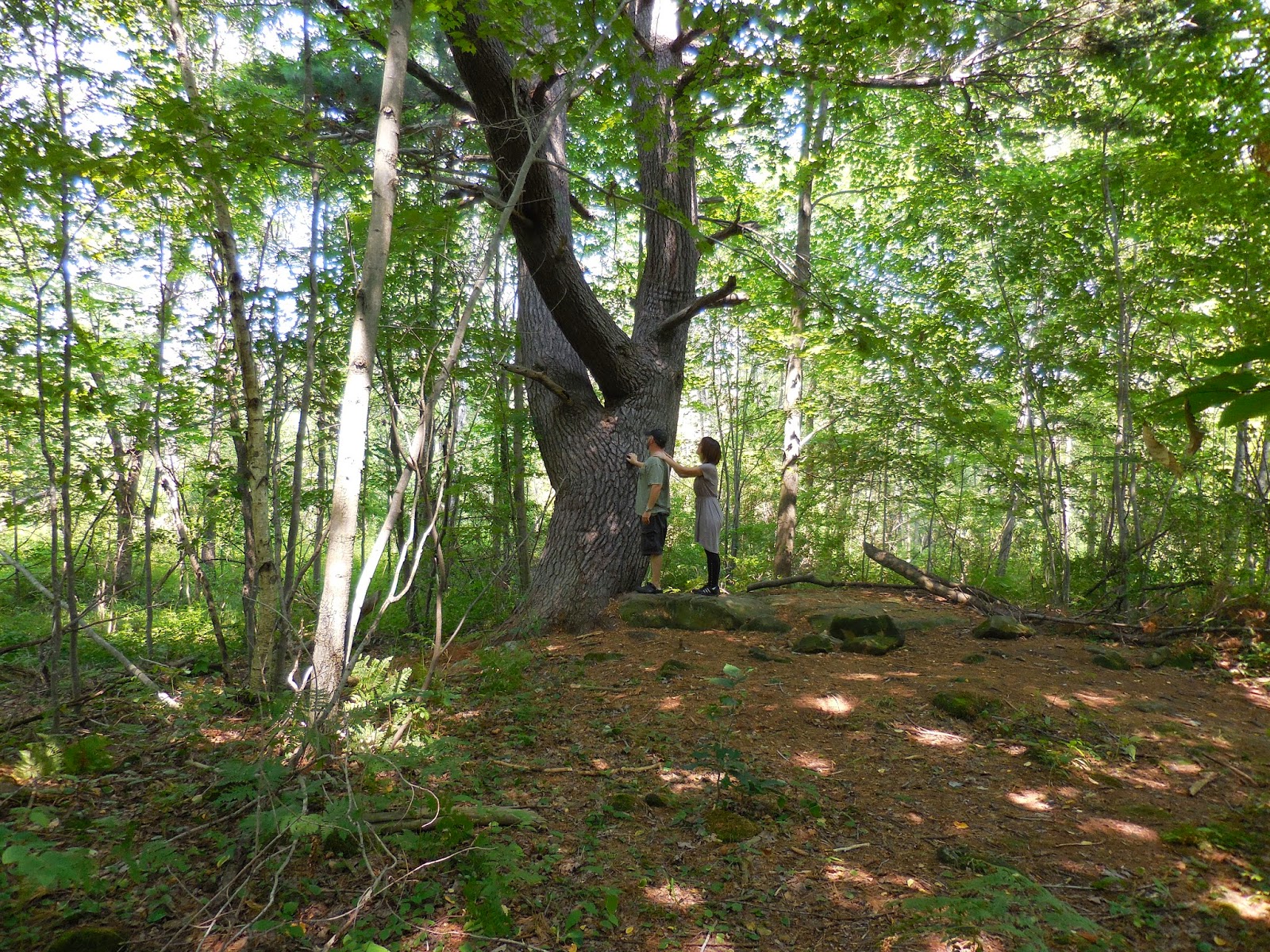 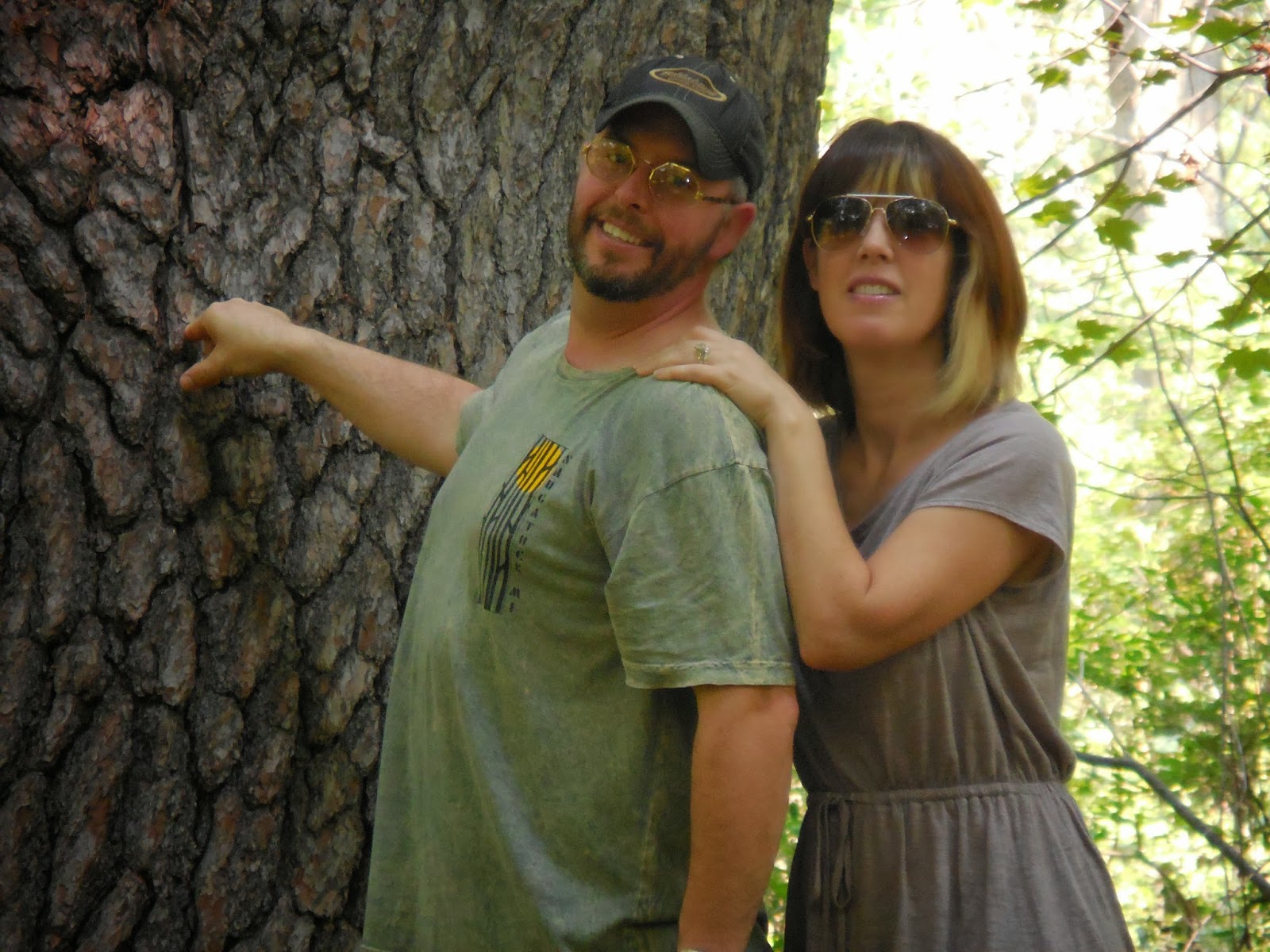 We were told that this white pine tree either survived the Thumb fire or came from a seed that sprouted soon after. I've been trying to get Tracy and Jon to go to Hartwick Pines in Michigan so they can see what the pine forests that built Chicago looked like before the fires destroyed them. It's one of the last stands of original white pines and is fantastic.

I'm always saddened when they leave. We have such a great time while they're here. They also make my dogs' live much more interesting than I can. They love being visited.
Posted by Jaime Hansen at 5:49 AM