The weather is like October - which is fine by me.

I bought these "suns" or "stars" from Amy Citgo, an artist I found at the Royal Oak Art Fair a few years ago. She also had a booth at an Art Fair recently in nearby Lexington, a cool city not unlike Saugatuck/Douglas. Clicking on photos enlarges them. 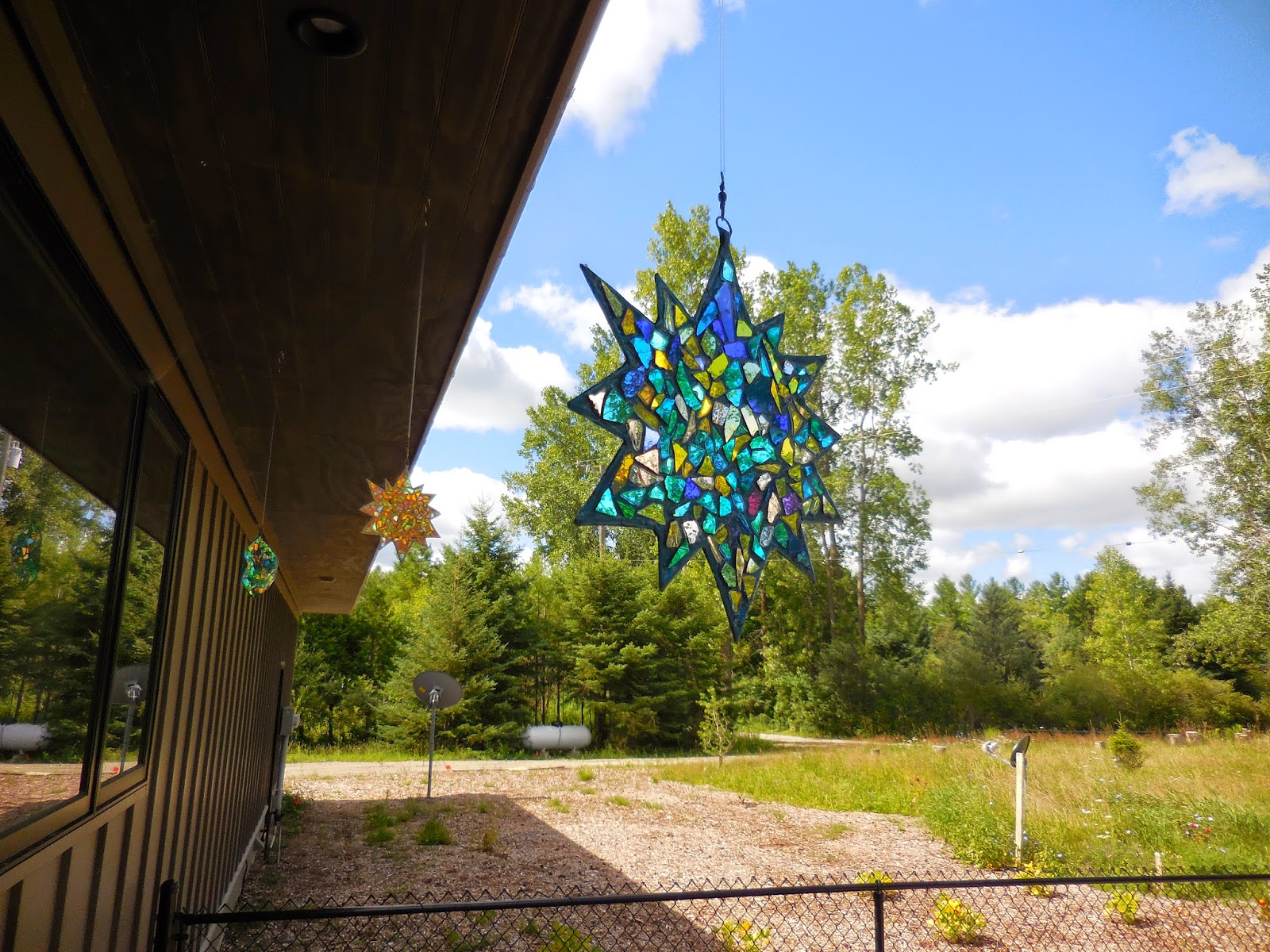 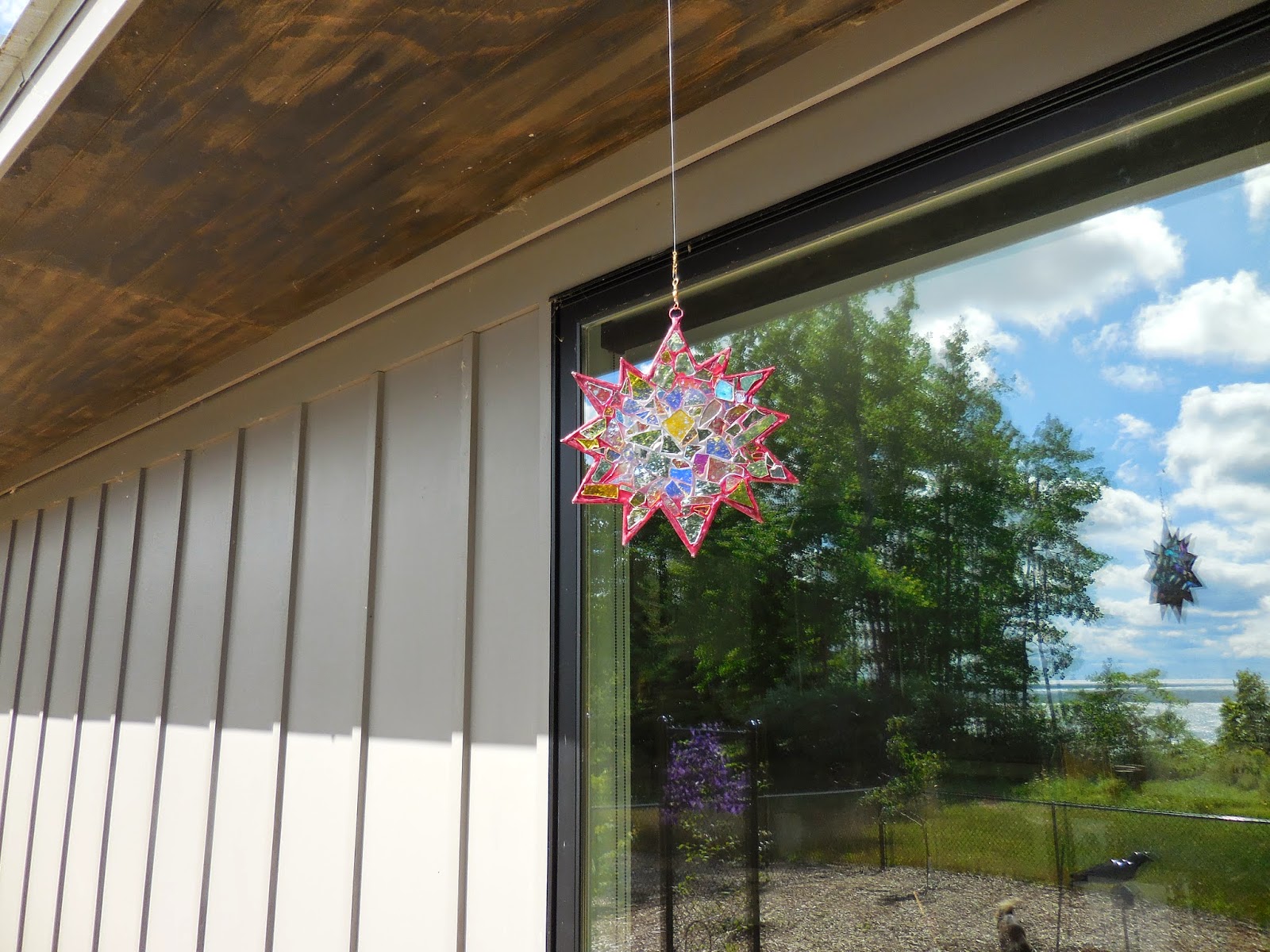 I'm really hoping they will deter birds from flying into my windows. I read that anything that would slow the birds down even just a bit might make it possible for them to avoid colliding with the glass. 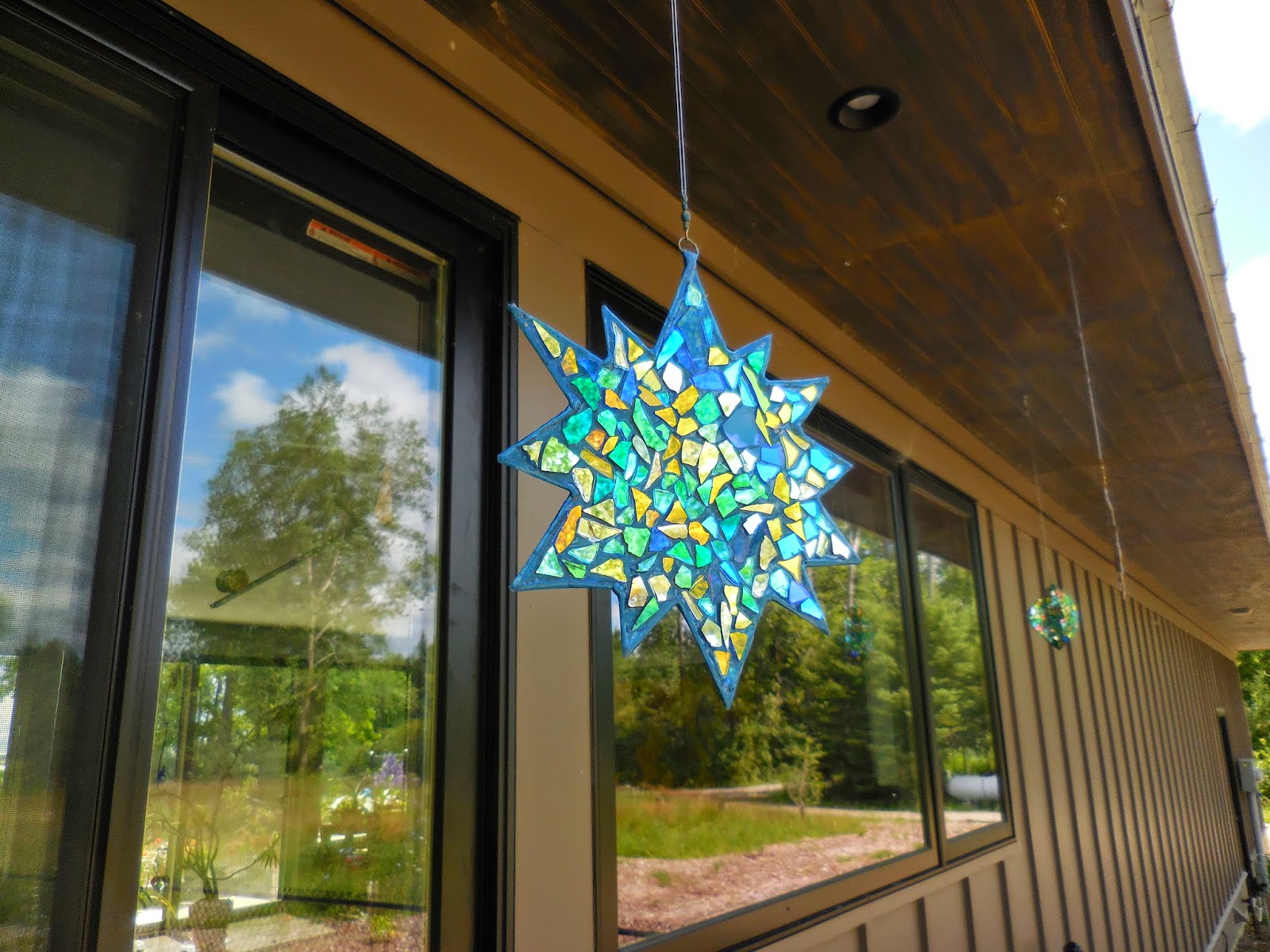 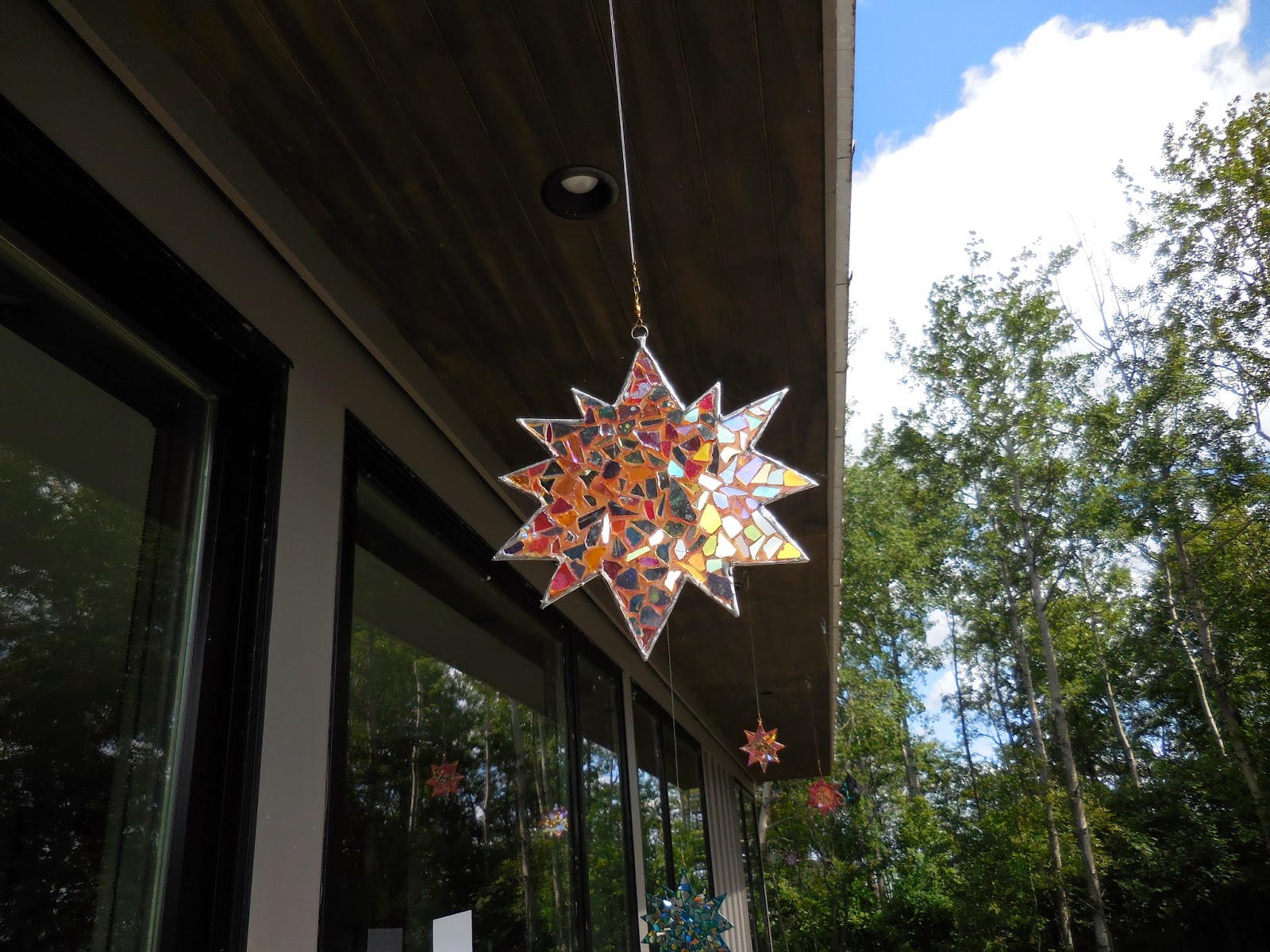 The same article said that mirrors might also deter birds. Time will tell. If they work, it would be a lot less expensive than covering the windows with a protective layer of "screening". The cool thing is that they twist in the wind and reflect light into the rooms behind them. The play of light on the walls is delightful. Conversely, the bad thing is that in a strong wind they tend to hit the windows. I rehung some of them a couple of days ago placing them further out and that seems to have helped. Time, again, will tell.

Fortunately the horrific storm they had Monday, further south from where I live now, in Wayne, Oakland, and Macomb counties caused a lot of damage and flooding; it did not cause flooding in my Royal Oak house, however, which is still technically mine until closing in September. We never had a storm this bad in all the years I lived in that house. And none of the storms we did have ever dumped water into my basement.

However, I do remember while growing up in our family house on Lawson once we had a gully washer that filled the streets.

They warned us that global warming was going to change, perhaps radically change, our weather patterns. So far, anecdotally at least, it has. We are not going to just get warmer, we are going to have more extremes, I've read. I trust scientists.
Posted by Jaime Hansen at 8:41 AM